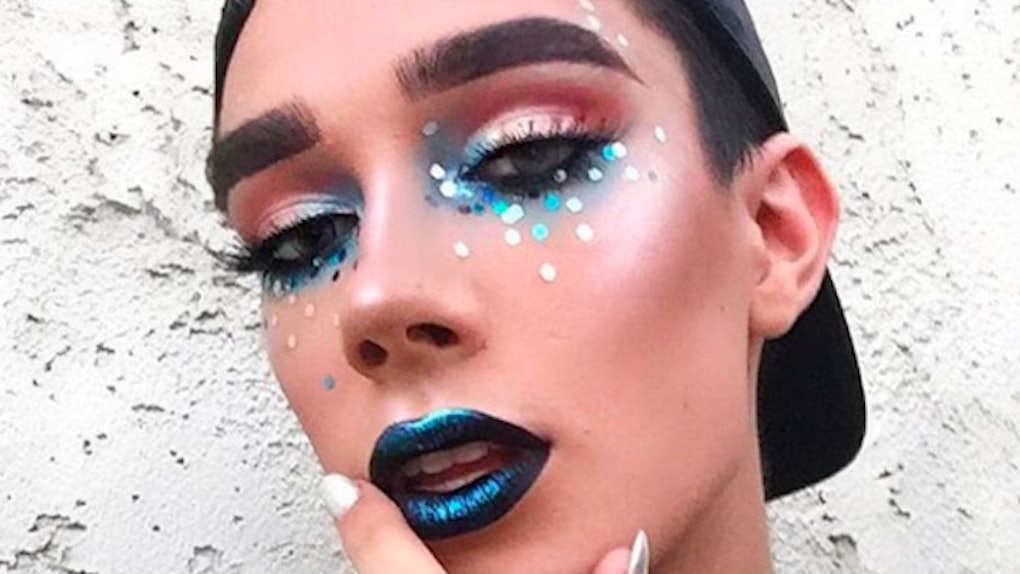 For the first time ever, a guy joins the ranks with famous CoverGirl spokespeople like Taylor Swift, Rihanna and Ellen Degeneres.

James Charles, a makeup expert and general trailblazer, will begin his career with CoverGirl as the face behind its new mascara launch called "So Lashy!".

Eventually, you'll see him in commercials and ads as well.

In a press release, the brand said,

All of our COVERGIRLs are role models and boundary-breakers, fearlessly expressing themselves, standing up for what they believe, and redefining what it means to be beautiful. James Charles is no exception.

Do you feel like you recognize this new CoverGirl from somewhere?

James Charles went viral after showing the internet his amazing senior photo, in which he requested to use a ring light so his makeup would look flawless.

The re-shoot was obviously worth it.

So I retook my senior photos & brought my ring light with me so my highlight would be poppin. I love being extra pic.twitter.com/7Qu1yu8U2P — James Charles (@jcharlesbeauty) September 5, 2016

Fellow CoverGirl Katy Perry broke the news on her personal Instagram in a photo featuring James.

This is seriously a perfect picture. Katy Perry, puppies and gigantic smiles? It's an iconic moment in beauty history.

The high school senior has a loyal following on Instagram of over 430,000 people, so yeah, it was probably hard for big makeup brands to ignore him.

We're not surprised CoverGirl scooped him up before anyone else could.

In a video on his personal Instagram, he shared the big news with his fans, saying,

I've been telling you lately I was working on something huge, and trust me when I say I did not lie. [I've been] working on my first ever TV commercial, and I'm so excited to announce that I am the first ever male CoverGirl! Oh my gosh.

He is SO excited.

James has already been — and will continue to be — a huge inspiration. His ambition proves there are no limits to what you can become.

Thanks, James, for acting as proof that unapologetically being yourself can always get you far.