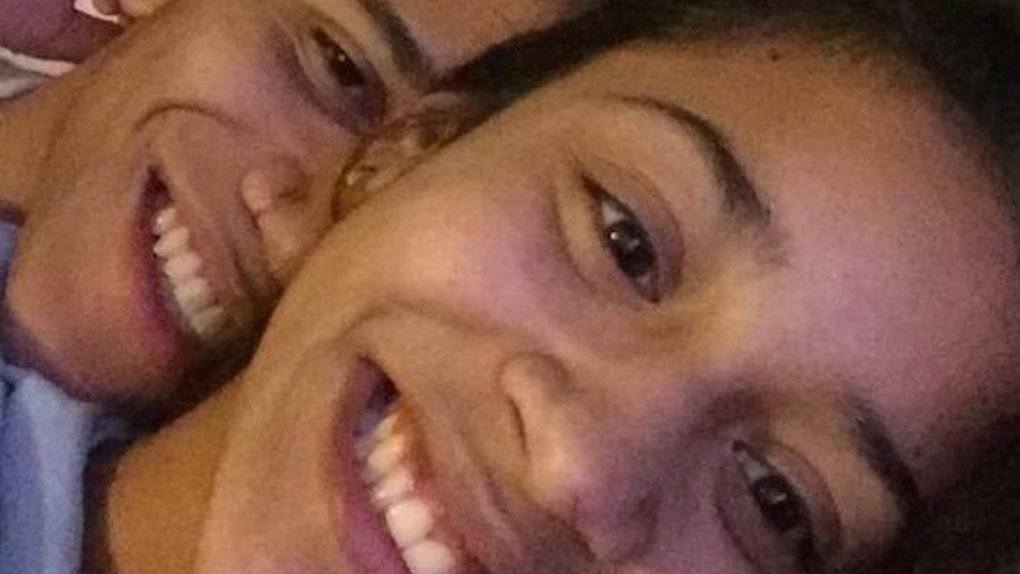 This Couple Is Going Viral Because They Look Like Twins

But then the internet intervened.

The two 17-year-olds took a selfie. Yamily posted it on Twitter last week to celebrate their four-month anniversary, they told BuzzFeed.

Because, well, Yamily and Edgar kind of look like identical twins in that selfie.

Just about everybody noticed it, and the memes started flowing.

But when you see them together, you can definitely see a bit of a resemblance.

This resemblance is going to become especially pronounced since Yamily is apparently trying to dreadlock her hair.

In the pictures we take together, people will say [we look alike]. But usually in our day-to-day life, people have gotten used to it.

We did think [the picture] was funny, but it was just like, 'OK… people are going to say we look alike,' but that's it.

And, yes, they do kinda notice the similarity. Edgar said,

I don't really think we look that much alike… but there are some similarities, I mean…

Don't worry, they insist they are not related.

They also explain in one video how they met.

The teens are both into art and it was painting that helped bring them together, leading us to the now-infamous anniversary selfie.

You can check out their art too, which is pretty surreal.

So now that we've been on this journey together, I feel I have learned far too much about a teen couple I've never met IRL and have no direct connections to. It feels pretty weird, and the internet is terrifying. Consider what you share online!

They are really goddamn cute together, though.