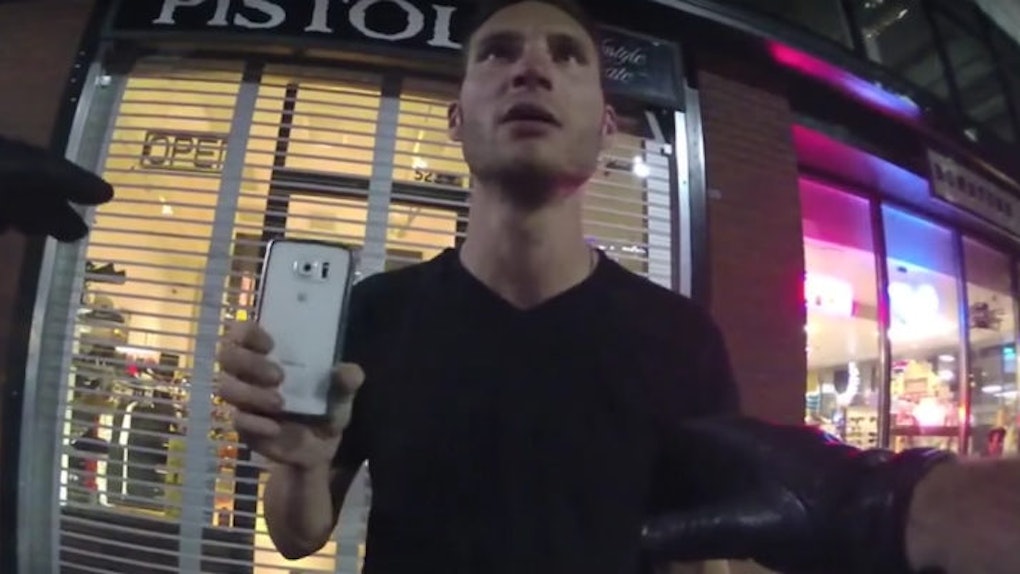 Cop Gives Drunk Guy Every Chance NOT To Get Arrested

I think this police officer missed his calling. With patience like this, the dude should have become a saint. (Wait, can someone just become a saint?)

This body camera footage shows just how patient Sergeant Eric Kannberg of the Spokane Police Department is when it comes to dealing with drunken idiots.

He probably toned this patience through hours of training and years of working in a college town like Spokane.

Multiple times during the day and night, I assume, in a town of college kids.

Sergeant Kannberg honestly gave this guy every chance not to be arrested. He was dealing with another person when this dude showed up and began filming the police officer (or FaceTiming his friend).

At one point, you can even hear his friend on the phone telling him to stop acting that way because he will get arrested.

My favorite part, though? When he realized "Oh, shit, I am going to get arrested!" and he tries to book it. Instead, he falls.

There's nothing like watching an annoying drunk skunk eat some asphalt.

I'm not even sure why this guy is so mad at the officer. He was trying to get someone from detox to the location to deal with an inebriated man on the sidewalk.

When he actually slapped the cop's hand, he officially became under arrest.

Despite trying to run away, the officer got inside of his car and easily caught up to place him into custody.