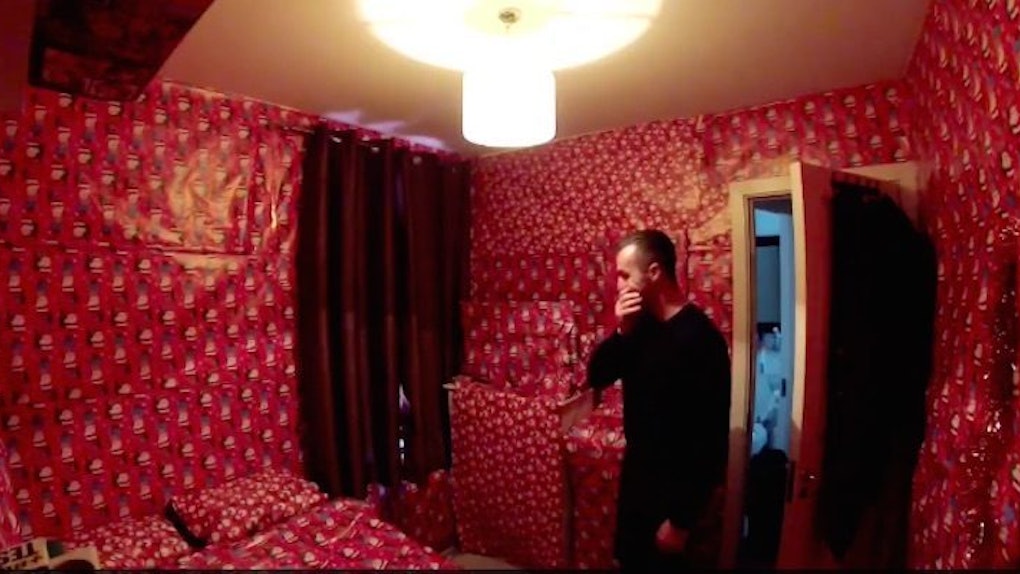 Everyone has that one friend who's a total Grinch about Christmas. For Dubliner John French, that friend is Gareth Neary — and this year, French decided to give Neary the Christmas present of his holiday-themed nightmares.

While Neary was in Sydney, French took the liberty of gift-wrapping his entire bedroom in bright red wrapping paper. He went all out; the only things left uncovered were the ceiling, floor, curtains, and door. The rest? One massive Christmas horror.

The video below shows Neary “unwrapping” his present (a.k.a. walking into his hellish room) after a 30-hour flight from Sydney. Needless to say, he was not thrilled.

Thankfully, his Grinchiness didn't stop him from seeing the humor in the prank.

Check out the video, below.

For someone who notoriously hates Christmas and has just travelled 30 hours from Sydney... Happy Christmas Gareth Neary Posted by John French on Tuesday, December 8, 2015

Citations: A Guy Who Hates Christmas Just Got Christmas Pranked So Hard (MTV)