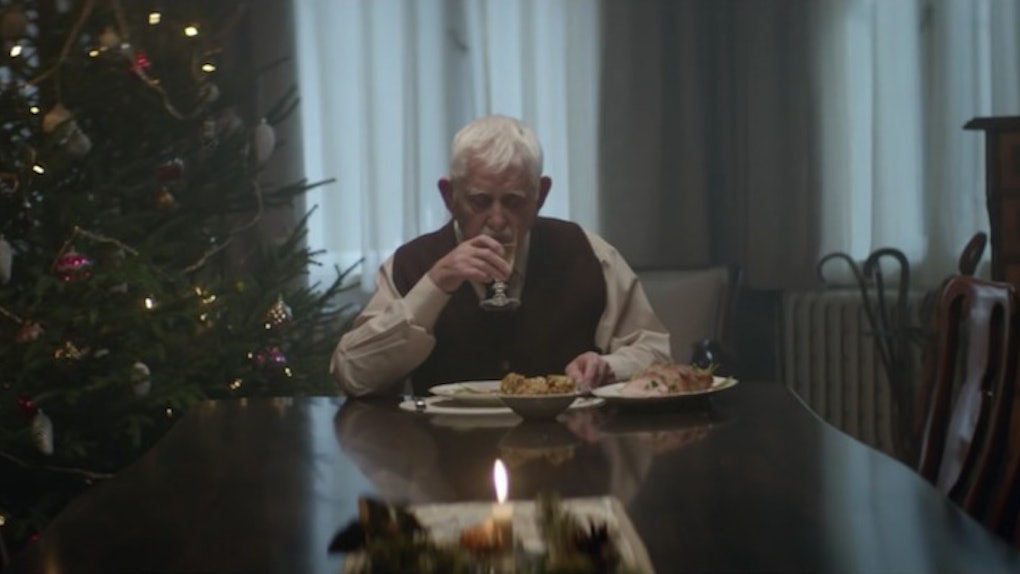 'Tis the season to be jolly — but if you're planning on enjoying any of that holiday cheer, you may not want to watch this commercial.

The ad, for German supermarket chain EDEKA, aims to remind customers how important it is to spend time with family over the holidays. Sounds innocent enough, right?

We won't go into details (you'll have to watch it yourself) but the commercial really just goes from bad to worse to WTF in a matter of minutes, and you'll probably end up crying by the time it's over.

Over 20 million people have watched the ad so far…

…And most of them are pretty upset with the bizarre twist ending.

Damn you .. what Supermarket in Germany you are.. that's morbid.. but still got me https://t.co/tTnjxs9psr @morninglive @EDEKA_D — Tim Bolen (@timbolen) December 2, 2015

This is not the kind of Christmas surprise we'd want.