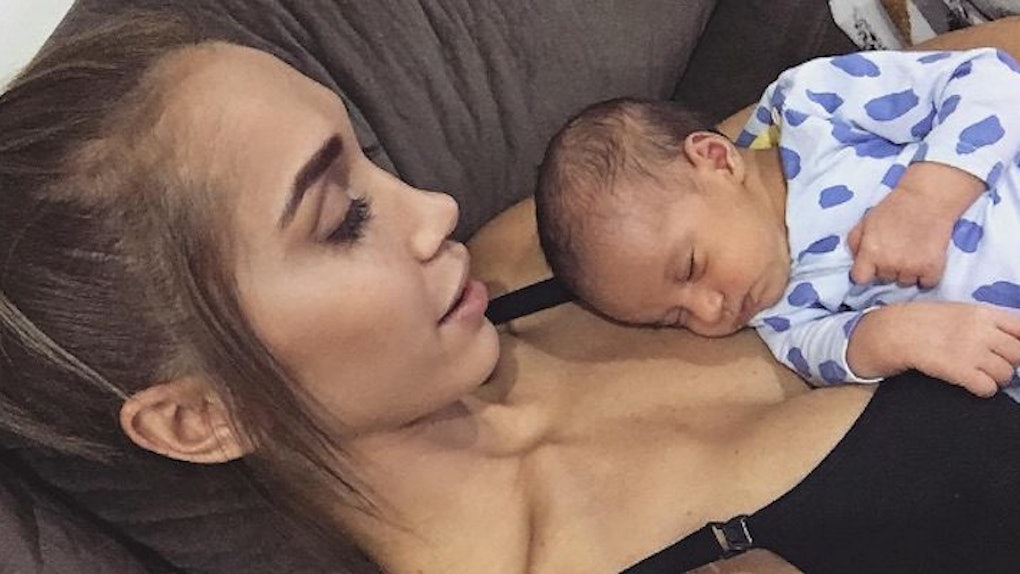 If there's one thing fitness mom Chontel Duncan loves almost as much as her 6-week-old son Miah, it's bludgeoning the wrists off her spotter in the gym with her rocket legs.

Less than two months after welcoming her first child, Duncan is Muay Thai-ing her ass off while the rest of sit here with halves of bagels hanging out of our mouths, scrolling through our Twitter feeds.

Anyone who feels deeply ashamed of his or her own half-assed attempts at fitness (me) while watching Duncan's workout probably deserves to (I do).

First Muay Thai session back @hiit_australia after giving birth to baby Miah a short 6 weeks ago.  Felt so good to hit those pads, just need to build up that fitness again.

Meanwhile, baby Miah is spending his time like the rest of us, minus the plaguing laziness guilt.

Chontel can up that fitness all she wants, but she already has a major head start on the rest of us.