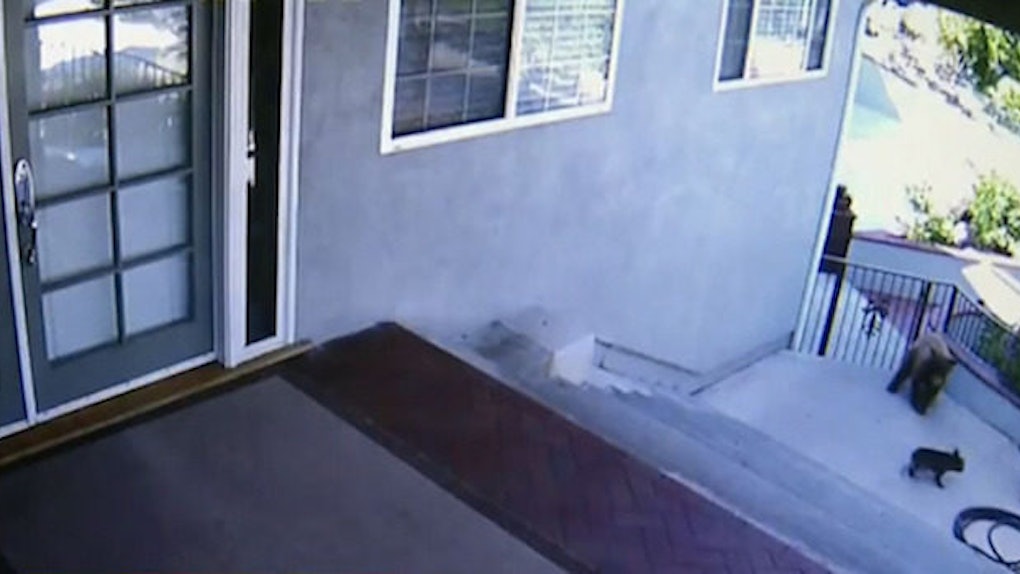 On Friday, this 20-pound pup saw two 100-pound bears looking for trouble in the backyard of her Monrovia, California home. So she gave them some trouble all right.

Like a good guard dog, Jewels sprung into action and basically scared the bears sh*tless as she chased them off her turf.

According to WSBT-TV, the owner recently installed surveillance cameras to keep an eye on those pesky bear intruders, so Jewels' act of bravery was caught on video.

Something tells me those bears will definitely think twice before paying this residence another visit.

Check out the video up top to see this badass pup take on a couple of bears.