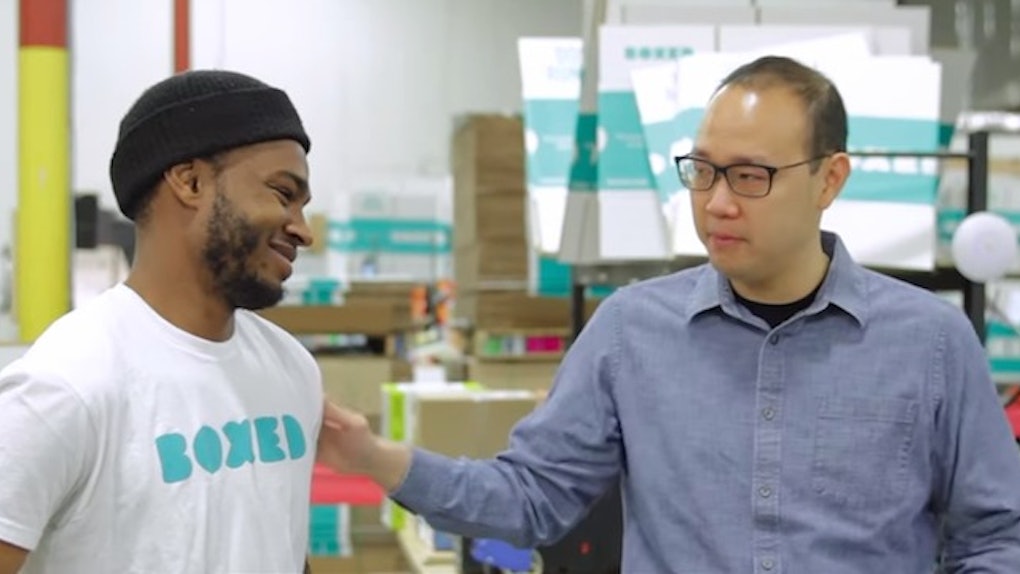 Marcel Graham, a 26-year-old, was working seven days a week and doing double shifts at Boxed Wholesale, a bulk delivery company, to try to raise money for his wedding.

Graham's mother was ill, and he wanted to have the wedding in time for her to be there for it.

Then, Boxed CEO Chieh Huang held a company meeting. Huang teared up as he explained he heard about what Graham was doing. Huang reportedly said,

No one that works at this company should feel pain like that.

Huang said he thought about what he could do to help Graham -- and other employees who may go through similar experiences. He held a meeting to announce his plan and reportedly said,

We'd love to pay for your wedding.

Graham and his fiancée were both shocked, turning around to display their surprise before hugging Huang.

Huang went on to say the company will be paying up to $20,000 for all employees' weddings in the future.

Building culture is a money-saver over time... No one has said, 'Oh, I don't have kids or I'm not getting married, so how is this benefiting me?' People have really bought into the team and the mission, and I haven't heard any complaints.

The tactic has apparently been inspiring loyalty in employees. Since the company was founded in 2013, just five full-time employees have left the company.

I have to admit, I was skeptical of this news. Perks like paying for weddings and tuition are great if you get married and have kids who want to go to college, but what about people who don't fit into that?

Despite my wariness, the video of Huang's announcement made me tear up like the rest of the employees. So, he's definitely got that inspirational part down.