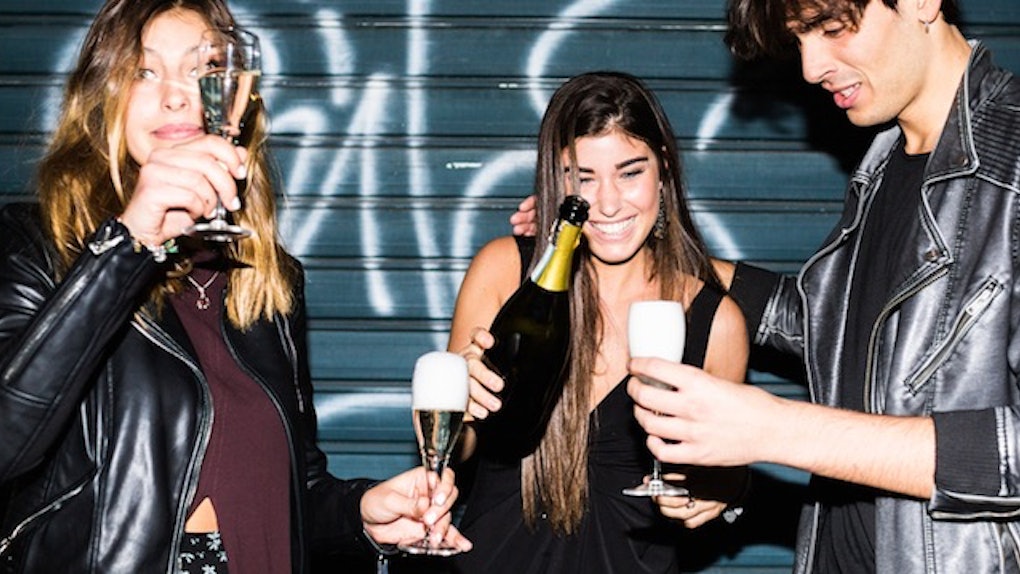 Synthetic Alcohol Will Eliminate Hangovers By 2050

You know how you spent this past Saturday raging like you were going to live forever, and then you spent Sunday feeling like you had already died?

Ah, good ole Sunday Bumsday. It's the day when we collectively dive deep into an alcohol-fueled depression and question all the mistakes we made that got us to this point.

Well, thank God science is working hard to find a cure to the disease that truly plagues us: hangovers.

Psychiatrist and neuropsychopharmacologist (try saying that five times fast) David Nutt has done something no scientist has done before: envisioned a world without hangovers.

Since 2014, Nutt has been working on what he calls "alcosynths," a synthetic replacement for alcohol that gets you 100 percent drunk sans the hangover.

Alcosynths are also nearly calorie-free, and they don't have a lot of the negative side effects of boozing, like weight gain, increased aggression, stomach issues and even addiction.

Addiction runs in my family, and as an alcoholic in recovery, I can't wait for alcosynths to make an appearance on the mainstream market.

I mean, wouldn't it be amazing to enjoy all the incredible effects of booze without the repercussions of alcoholism?

But as it turns out, alcosynths do have a plateauing effect, meaning you can't get any more drunk from 12 drinks than you can from having four.

Once the alcosynths reach their maximum effect, the nature of addiction would cause any alcoholic to switch to real alcohol, the stuff that could get them blackout drunk.

Saying that alcosynths make it possible to drink without becoming addicted shows a gross misunderstanding of the way addiction works.

So, while I'm not sure Nutt has a proper understanding of addiction, at least he's made drinking much safer for those who can drink safely, (aka non-alcoholics).

Alcosynths have also been tested on "alcohol-industry veterans" who couldn't even tell the difference between the synthetic stuff and the real booze.

Nutt hopes to have his hangover-free alcohol out by 2050, so if you're someone who doesn't have problem with alcohol, GET READY TO RAGE.

Citations: World's Coolest Scientist Predicts Hangovers Could Be Eliminated by 2050 (Science of Us)