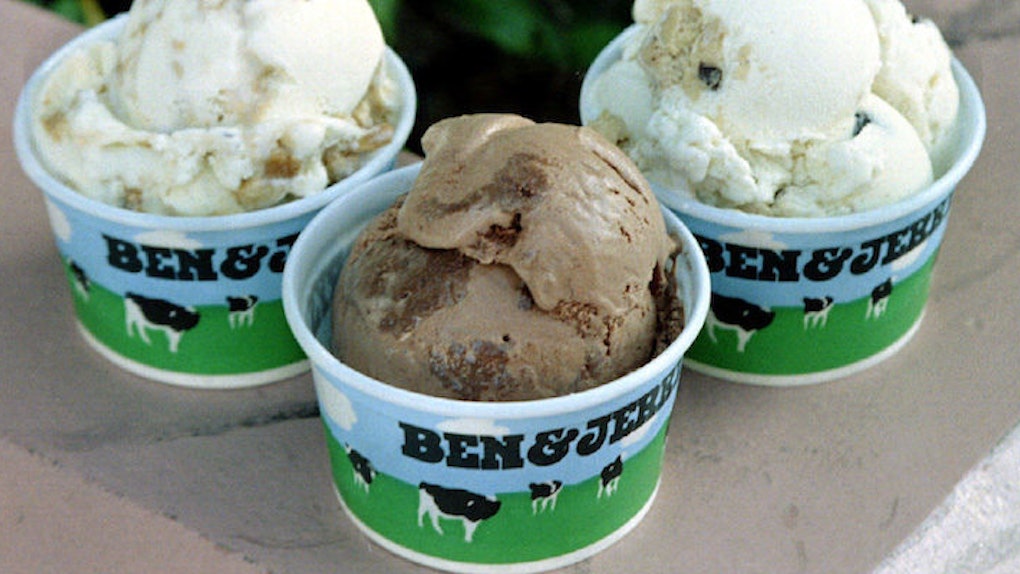 If you think, "Ben & Jerry's is giving out free ice cream," is too good to possibly be true, I have news for you: Miracles really can happen.

Yep, it's true folks, April 12 is Ben & Jerry's annual Free Cone Day, aka the best damn day of the year.

Hit up your nearest Ben & Jerry's store between 12 pm and 8 pm today to pick up a free cone of ANY ICE CREAM FLAVOR! There's NO LIMIT! You can get as many cones as you want!

The best part is that moment of realization...

...followed by the pure joy that today is going to be the best ever.

Some people have been waiting a long time for this day.

But, some don't even know about it. It's your civic duty to share this joy with the world.

Free Cone Day is really humanity at its best.

Shout out to Ben & Jerry's for giving us an excuse to get our grooves on...

Because dancing is really the best reaction to free ice cream...

...next to eating ice cream, that is.

Thank you, Ben & Jerry's, for giving us all this gift. Best Tuesday ever.