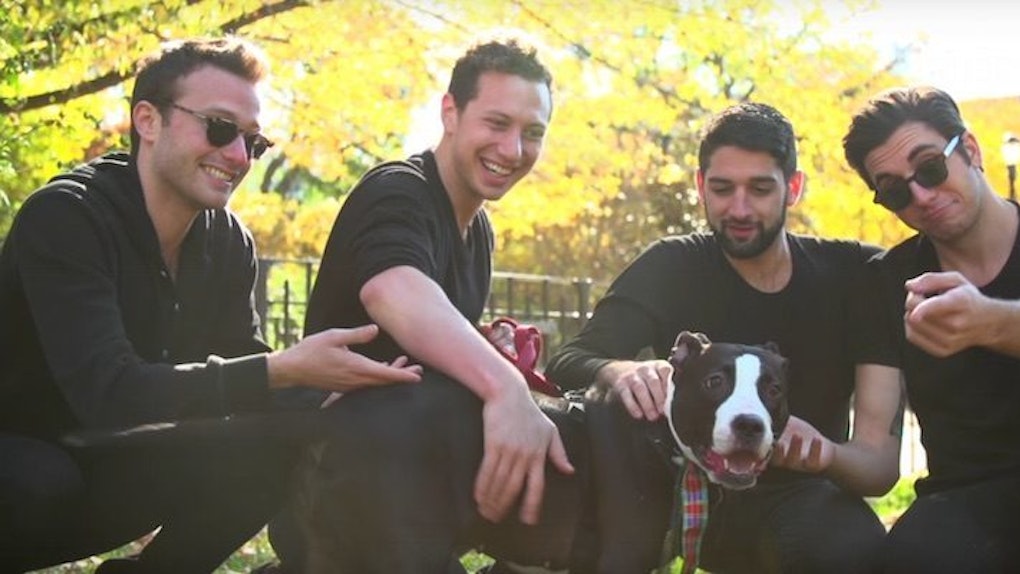 This Music Video Stars Adorable Shelter Dogs, And It's For A Good Cause

Of those, approximately 2.9 million will be adopted -- equal to the number that will be euthanized.

Most of these animals come from homes where they've been forgotten and abused, and although shelters do their best to find them loving homes, they are often overshadowed by breeders and puppy mills.

To give these dogs the attention they deserve, and find some of them new homes, New York City-based band East Love teamed up with local shelters Hempstead Town Animal Shelter, Bideawee and Unleashed NY Org for their latest music video, "Let's Think."

The video, a mashup of Ed Sheeran's "Thinking Out Loud" and Marvin Gaye's "Let's Get It On," has garnered over 600 likes on the band's Facebook page and nearly 2,000 views on the East Love YouTube page.

Not to mention, four of the pups featured in the video have already been adopted!

Check out the shelters' pages for updates on their adoptable pets if you're considering bringing home a furry friend.

East Love is set to perform at the Brooklyn Bowl on January 27. The puppies won't be there, but they could be waiting for you at home.