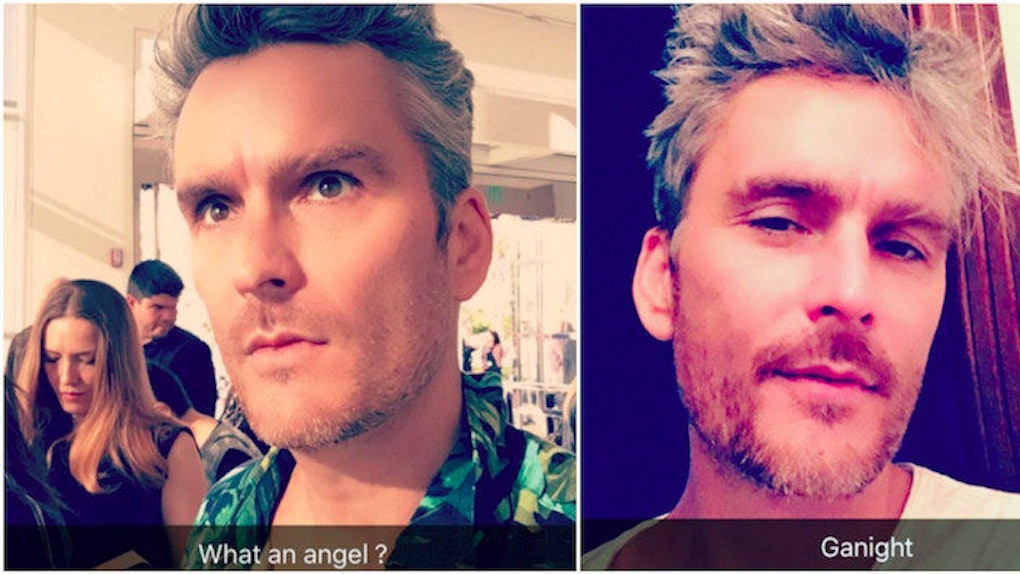 We need to highlight this Balthazar Getty interview from British newspaper The Sunday Times because it gives a whole new meaning to the word "douchebaggery."

For context, this guy is a member of one of the world's richest families.

He dabbles in acting, music and being a well-rounded doucher.

Here's what Getty had to say about himself:

Some people are gonna hate me for this, but I never wake up before 11. My wife is the early bird, so she sorts the kids out in the morning and I do the evening.

He has three kids. I hope douche isn't hereditary.

I have the same breakfast every day, brought to me in my bed by my maid.

Getty has oatmeal and berries, a hard-boiled egg with wheat toast and a cup of tea with Chinese herbs. True story. But, Getty says, "don't ask me what's in it," because no one else is allowed to have his secret douche formula.

It might sound silly, but I've got a six-stage procedure for my face with toners, exfoliators and serums I het from Dr. Lancer in Beverley Hills [Kim Kardashian's skin specialist]

You're right, Getty, that does sound silly.

Does money make you happy? The only people who say it doesn't are rich people...they want it to be a secret.

I'll watch an hour or two of news on CNN or the BBC, then get out on one of my motorbikes.

People on Twitter are as angry and confused as I am.

Citations: A Life in the Day of Balthazar Getty, member of a troubled dynasty (The Sunday Times), People Can't Believe What This Wealthy Actor Says His Daily Life Is Like (BuzzFeed)