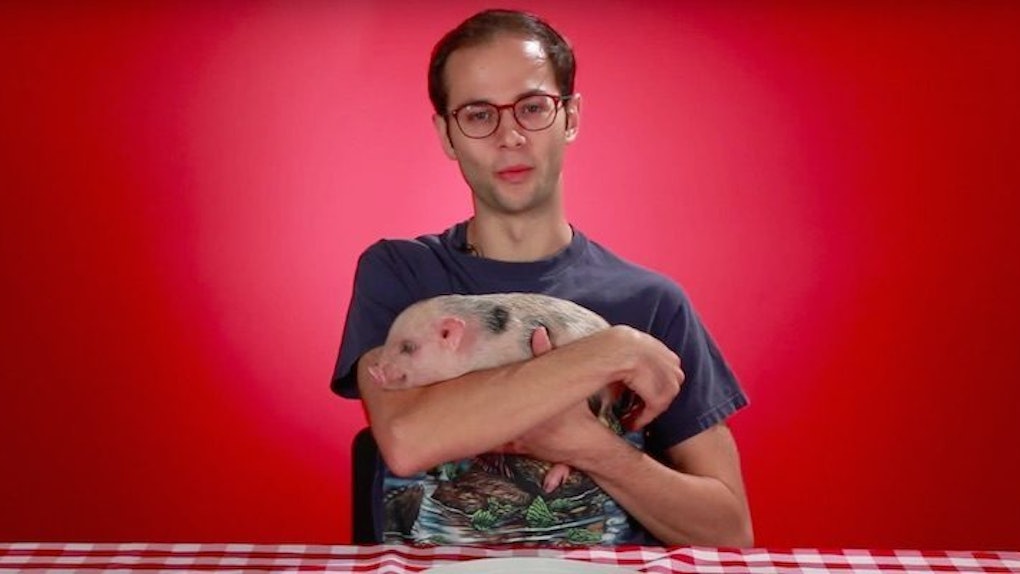 This is super cruel on BuzzFeed's part. I get the video is technically called “Bacon Lovers Meet Baby Pigs,” but it may as well be titled “Hey! Let's Ruin Something These People All Love!”

Pigs are cute; we all know this.

But we, as a society, have also learned to separate their cuteness from us being able to throw them in skillets and enjoy them on bagels with eggs and cheese.

This video undoes years of acquired compartmentalization for the people featured, maybe making them unable to ever enjoy bacon again, which is like the dick-est thing ever to do.

All that being said, if you were to give me a baby pig, I still would eat bacon. I'd probably even eat bacon while I held a baby pig if that was an option.

If bacon came from adorable teddy bears that sang children's songs while helping the elderly cross the street, I would still eat it.

Go on, test me, BuzzFeed. Do your worst.