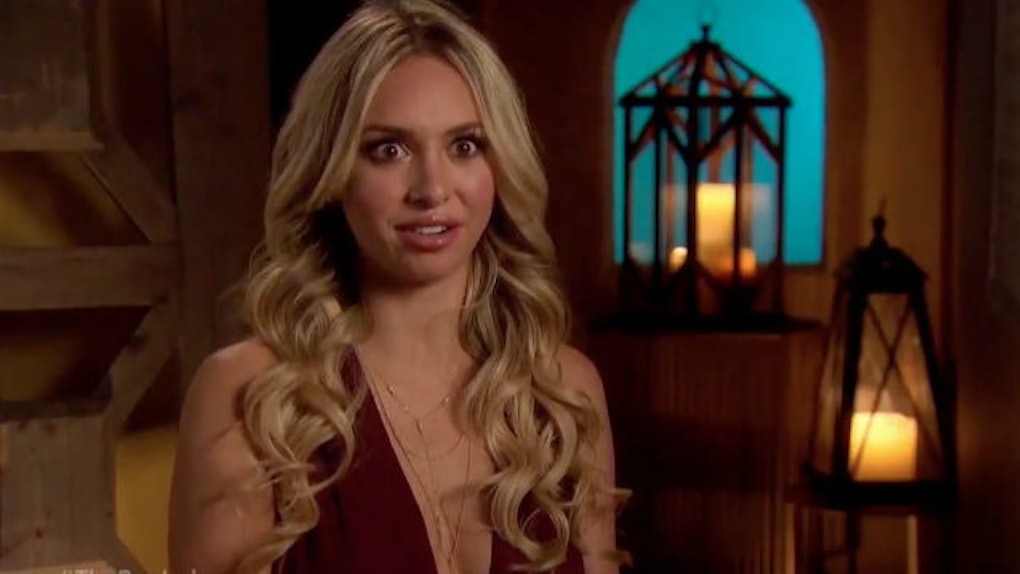 If you haven't been watching "The Bachelor," first, what's wrong with you? Second, let me catch you up to speed.

Aside from Nick Viall, this is the show's real star Corinne Olympios, and she likes taking naps...

...uses whipped cream in the art of seduction...

...and hates "planned dancing," which is Corinne-speak for "choreography." CLASSIC CORINNE!

NO, CORINNE SERIOUSLY HATES THE ARTISTIC FORM OF DANCE.

While it's been devilishly fun to have a great villain on "The Bachelor," I feel like we're really missing out from the show's lack of a supporting character in Corinne's life: her nanny Racquel.

I'm dead serious. Corinne, a 24-year-old, still has a nanny. Yes, that nanny's name is Racquel. No, I'm not making this up.

Well, one wise soul decided to create a fake Twitter account for "Corinne's Nanny" that is pure, social media gold.

What does Racquel think about Corinne's love for bouncy castle makeout sessions?

Corinne's nanny is clearly the mastermind behind the inflatable bounce house. No effort is too great for her Corinne.

Corinne's nanny knows exactly how much oil, lemon and garlic salt she likes...

Corinne's nanny is clearly a master of subterfuge and sabotage.

Plus, she's pretty much spouting wisdom out on the reg.

Thanks to Corinne's nanny, making your own "cheesy pasta" has never been easier... and cheesier!

Seriously, Corinne's nanny forever has her back.

Finally, if Corinne doesn't eventually win on "The Bachelor," Racquel should take home the glory.

Whether you're on Team Corinne or on Team... uh, Sanity, you have to give it up for Racquel for putting up with Corinne's antics.

Seriously, I'd watch a spin-off of Corinne and Racquel living their lives together. Make it happen, ABC.

Citations: Account For Corinne's Nanny Because We're Worth It (Refinery 29)