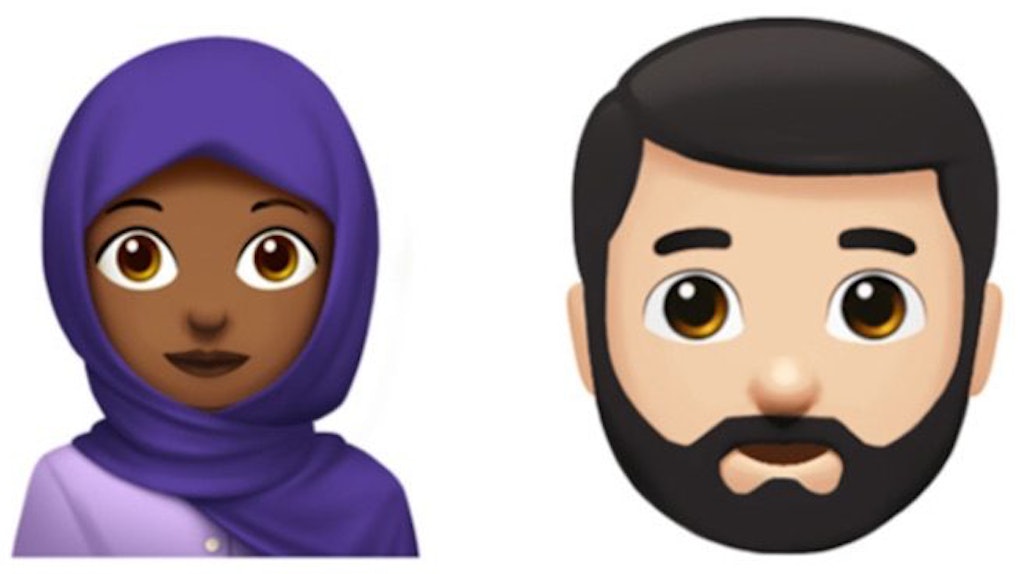 In celebration of World Emoji Day, Apple has taken on the role of Santa and gifted us with what we've been craving: more emojis. It's basically equivalent to Christmas in July.

When you stop to think about it, what message nowadays is complete without a fun, little icon? I mean, there is that age-old saying, "A picture is worth a thousand words," so we're just keeping that sentiment alive and well.

There has been some speculation about what these updates will include, but now Apple has officially confirmed that iOS, macOS, and watchOS will include new icons beginning this fall, such as a dinosaur (obviously a necessity), zombies, and a vomiting smiley face (I guess that's a necessity too, even if it's a bit gross).

Though the announcement is celebratory, you'll have to wait a few more months before that T-Rex can head into your iMessage. But regardless, there are still many things to look forward to.

"The new emoji make it easier for users to express themselves," Apple said in a statement, and we couldn't agree more.

Though we're all for a zombie or two, what's even better about these new additions is the fact that they're more inclusive. Apple will also be adding a bearded man, a woman wearing a headscarf, and a woman breastfeeding a baby.

We live in a diverse world, so Apple is making sure that's conveyed with our methods of communication -- and we totally appreciate it.

In case you're a bit impatient about the wait, the App Store will highlight apps on World Emoji Day that help to create fun things to do with your emoji. For example,  iTunes Movies is featuring emoji in place of select movie titles.

If you're just as pumped about these emojis as we are, prepare to use them in your new selfies this fall. Reportedly, a new iPhone 8 rumor suggests that the phone's potential colors include a mirror-like option, so you'll have a way to prep for your selfie and send it off with an extra adorable icon (might we suggest the dino again?).

This fall is certainly going to be a busy time for techies, so here's to new gadgets and the new features that go along with them!