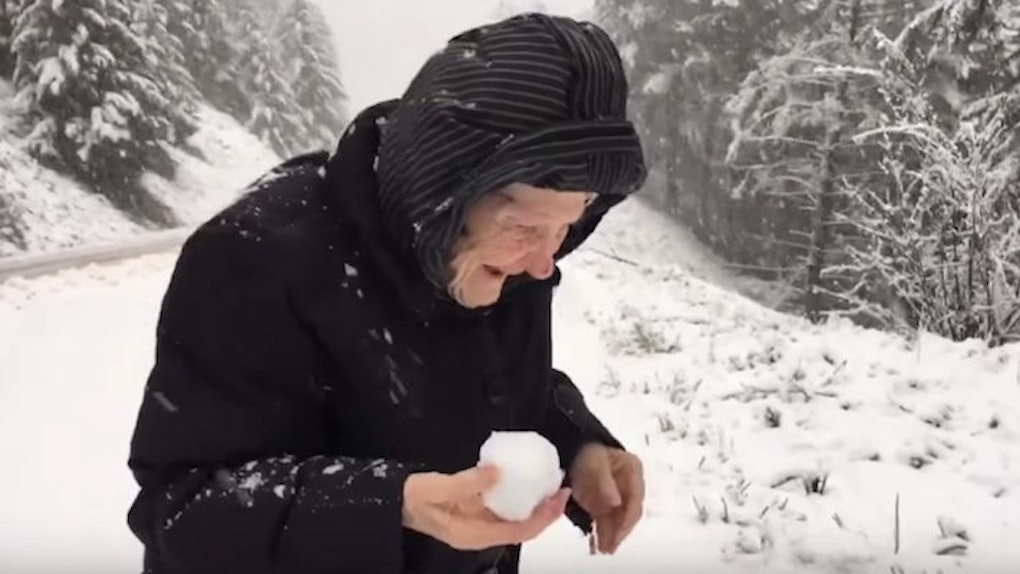 Something about that accent coming out of an older person's mouth is, arguably, the most adorable thing of all time.

Imagine, for a second, if some Canadian your age said,

What are you talking aboot?

Dare I say, a little hot if that person is a player for the Montreal Alouettes or Shania Twain?

Now, imagine if that same term came from your grandmother in a HEAVY Canadian accent?

If that doesn't melt your soul like cheese curds on top of a steamy plate of poutine, then I don't know what ever will.

101-year-old Albina Foisy playing in Canadian snow and talking about Canadian stuff like snow gloves is the most precious thing of all time.

All other kinds of old people officially suck.