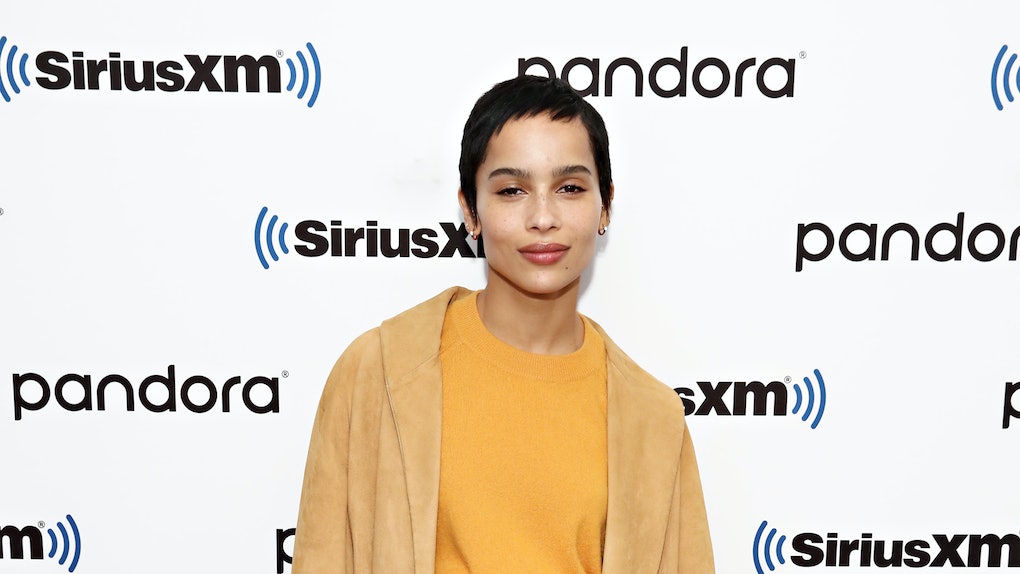 Ready for potential new couple news? Here it goes: Zoë Kravitz's Instagram with Taylour Paige confirms they're "a thing." On April 18, Kravitz posted a smiling selfie of herself and Zola actor Paige hugging by the water. Alongside a heart-eye emoji, she captioned the post, "so.... this is a thing." With an infinity symbol, Paige commented on the post, "infinite skies."

As someone who's been in many "things," I'm going to go ahead and guess this might be a romantic thing. And, considering how over-the-moon happy they look together in Kravitz's picture, I'm happy for them!

But, then again, who knows? Aside from this one post with an incredibly vague caption, there's no real proof that the pair are anything more than friends. That said, The Cut did point out that Kravitz commented on one of Paige's pictures with flame emojis and commented, "YES PLEASE AND THANK YOU" below a post Paige captioned, “I’ll take care of you if you want me to.”

Kravitz's Instagram post comes a few months after People broke the news of her divorce from ex-husband Karl Glusman on Jan. 2. According to court documents obtained by the publication, Kravitz had filed for divorce on Dec. 23, 2020.

Paige began dating Grey's Anatomy actor Jesse Williams in 2018. The pair was featured as part of GQ's "Modern Lovers" issue as recently as February 2021. Though no formal breakup announcement has been made, the two haven't been as prevalent on each other's Instagram feeds as of late.

If Kravitz and Paige do wind up being a couple, this won't be Kravitz's first time in a relationship with a woman. When Kravitz was asked what the furthest she’s ever “swam in the lady pond” during a 2017 appearance on Andy Cohen’s Watch What Happens Live, she responded with a laugh, “Oh, I’ve owned a pool once.”

Whatever is happening between these two, they look happy! Gotta love it.