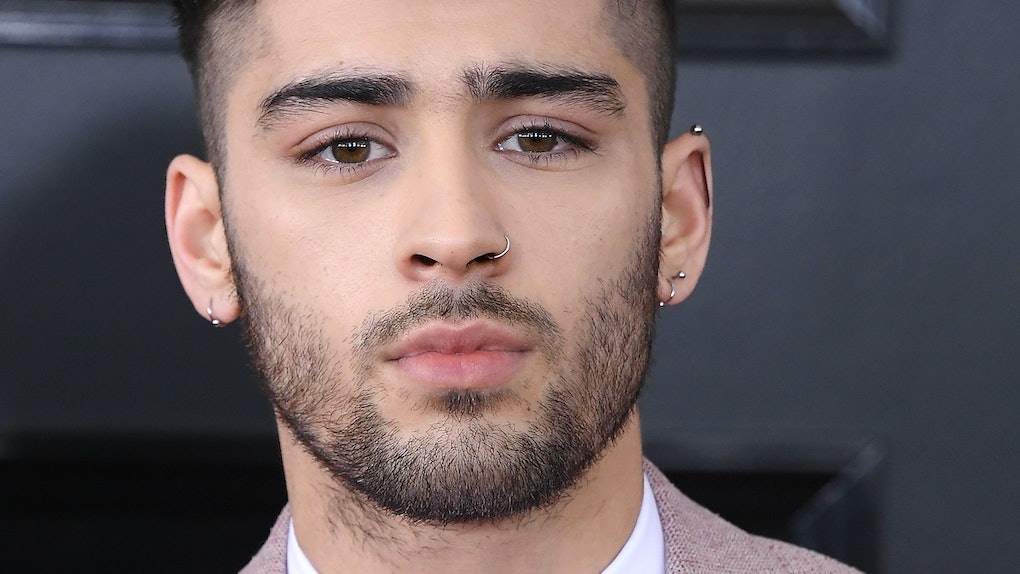 Zayn Malik's Reported Reaction To His Daughter's Birth Is So Sweet

Is 2020 hitting you hard? Need a piece of uplifting news? I got you. After Zayn announced the birth of his and Gigi Hadid's baby girl on Sept. 23, he got all up in his feels, and he seems to be seriously moved by the newest addition to his family. Zayn Malik's reported reaction to his daughter's birth was highly heartfelt.

"Zayn was very emotional when their baby girl was born," a source reportedly claimed to E! News on Sept. 24. "It was an emotional and special moment for him. He expressed that he is forever changed and would never disappoint her or Gigi. He wants to be the best father possible and is so excited." (Elite Daily reached out to a rep for Zayn for comment on his reported reaction but did not hear back in time for publication.)

Similarly, the source claimed the supermodel is on cloud nine. "Gigi is on a high and can't believe they created an angel," the source reportedly told E!. "She's truly so in love and has had many emotional moments while holding her baby girl."

While the couple dated on and off prior to their reconciliation in the winter of 2019-2020, E!'s source claims Zayn and Gigi are "in the best place right now."

The former One Direction singer shared his first impressions of fatherhood in a beautiful tweet on Sept. 23. "Our baby girl is here, healthy & beautiful," he wrote. "to try put into words how i am feeling right now would be an impossible task. The love i feel for this tiny human is beyond my understanding.Grateful to know her, proud to call her mine, & thankful for the life we will have together x"

The same day, Gigi shared a snapshot of their new addition — whose name has yet to be revealed — with the caption, "Our girl joined us earth-side this weekend and she’s already changed our world. So in love🥺💕"

The new mom and baby are reportedly at home in their New York City penthouse, and they aren't alone. "Yolanda [Hadid] has been super helpful with the baby already and has been up helping throughout the night," a source reportedly claimed to E!. "She is planning on staying with them for a while and they all want to head back to the farm [in Pennsylvania] at some point."

Congratulations to the entire Hadid-Malik family!