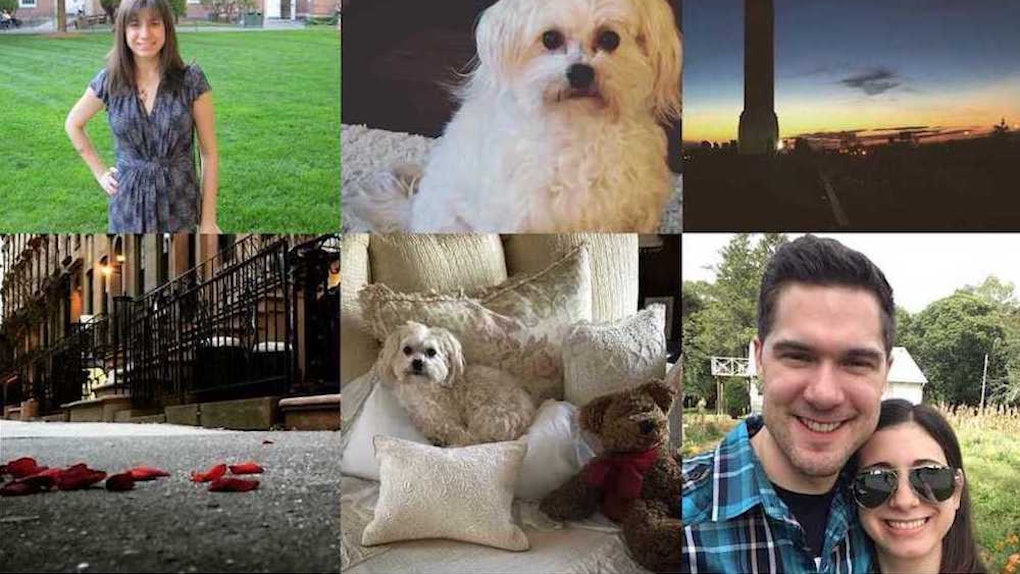 Your Instagram Best Nine Reveals A Lot About You, So Take A Close Look

In the off chance you want to take a look back at the firestorm that was 2017, social media allows you to see your top moments from the year. But tread lightly — those photos might be more telling than you originally believed. Your Instagram Best Nine has the power to reveal quite a bit about your personality, so be cautious before embarking on your next selfie spree.

Psychologists link particular emotions with social media activity, and you're never truly hiding anything — even if you think your pose or filter is somewhat coy. There's a reason they say "a picture is worth a thousand words," and when you're presented with a collage of nine photos, there's certainly a lot to analyze. Best Nine, you're making us question everything.

First things first, color is key, according to experts. Those experiencing some sort of depression tend to opt for darker hues in their Instagram photos, whereas those who aren't gravitate toward more vivid colors, according to a study from EJP Data Science. Although this analogy isn't terribly shocking, its findings might surprise you. This study further states that researchers were able to identify signs of depression in individuals before a diagnosis had been made, which is definitely a little spooky to think about. (Apologies if you're about to go over all your black and white shots).

But that's not the only finding that could mess with your mind. If you're one to post a ton of pictures with your S.O., it could mean you're slightly insecure about your relationship, if you're going by The Independent's report of a Harvard study. "Mine" and "bae" in your captions might suggest that you're a little possessive. (Oh goodness gracious, I'm going to have to start taking a better peek at those babies.)

For those who like to get their swell on at the gym, or for those who cannot resist a bikini shot on the first beach day of the year, the Harvard study suggests that users who tend to focus on looks above all else have narcissistic qualities. However, if you're prone to take a selfie when you're dressed to the nines, this could mean that you're more mature and organized than others. It's certainly quite the mind game, huh?

Now that I've accessed my Instagram Best Nine, here's what I think they're trying to tell me about my 2017.

First thing's first, I guess I tend to gravitate toward moodiness (and maybe even depression). What can I say? I love dark-hued shots, and I simply couldn't resist snapping those Valentine flowers that were ruined on the sidewalk. Fall is my favorite time of year, and I'm always down for something spooky, so I guess that's why a few of my deep and emotional sunset pics made their way into my top nine.

Another finding — but one on a more cheerful note — is the fact that no one can resist a cute pup. Just take a look at my little cousin, Leo. This muffin is the epitome of sunshine and unicorns, so I assume he is the best way to even out those dark shots.

Lastly, I guess I am not the possessive kind of girlfriend after all, as the shots I took with my boyfriend focused more so on the pumpkins we were picking that day. (Again, I'm an autumn-loving chick, so I had priorities in the pumpkin patch.)

While yes, pictures can reveal the good and the bad, let's just enjoy these top nine moments for what they are and celebrate what's to come in 2018. If you need to find something cheery on Instagram, here's another shot of my guy Leo, just for you! If you're curious about your Best Nine shots, head here.