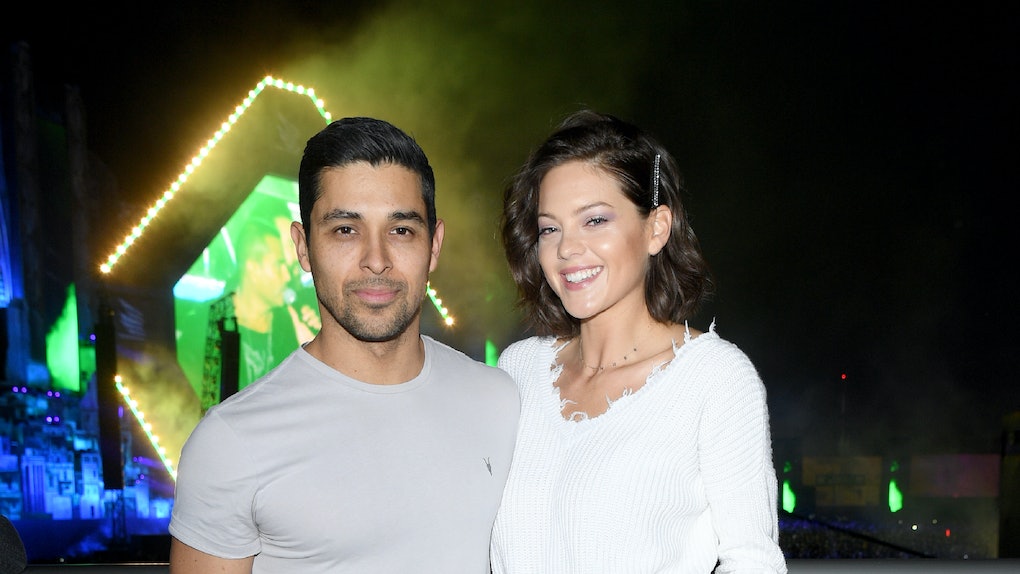 Fez from That '70s Show — um, I mean Wilmer Valderrama — is engaged to Amanda Pacheco, his girlfriend of eight months. Valderrama announced the news on Instagram on New Year's Day by posting a picture of himself kneeling down on one knee before Pacheco with a ring in hand. The sentimental moment took place in front of what might possibly be one of the most gorgeous seaside views of all time. He simply wrote for the caption:

Pacheco also shared the news onto her Instagram page with the same caption on the same day. In addition to the picture of the moment Valderrama presumably popped the question, Pacheco included a close up picture of their interlocked hands featuring her massive tear-drop-shaped engagement ring on a beautiful pavé band.

The engagement comes just eight months after the former Yo Momma host and the model were first linked together when paparazzi snapped pictures of them shopping in Los Angeles. A few months after they were spotted, the two started treating fans to mega cute pictures of them looking as in love as ever on their Instagram feeds. And now they're engaged! What a wild ride love is.

The engagement news comes over three years after Valderrama publicly announced his split from his girlfriend of six years, Demi Lovato.

“After almost 6 loving and wonderful years together, we have decided to end our relationship,” they wrote in their joint breakup statement, released in June 2016. “This was an incredibly difficult decision for both of us, but we have realized more than anything that we are better as best friends. We will always be supportive of one another. Thank you to everyone who has offered us kindness and support over the years”

As recently as February 2018, sources close to the couple were reportedly still holding out hope for some sort of a reunion. “They’re extremely close friends but there’s always potential they could give a romantic relationship another try,” a source reportedly told People at the time.

Now that it's become clear that the two are not getting back together, fans of Lovato are taking to Twitter to air their many grievances:

ICYMI: The song Yes" they're all referring to is this ultra romantic song Lovato reportedly wrote for Valderrama back in the day:

Luckily, it appears as though Lovato and Valderrama are reportedly still good friends, so hopefully she's cool with her ex moving on with his life.

More like this
When Are Ariana Grande & Dalton Gomez Getting Married? Here's The Reported Tea
By Corinne Sullivan
Zac Clark & Tayshia Adams Are Wedding Planning & I’m So Pumped
By Lydia Wang
Zoë Kravitz's Instagram With Taylour Paige Shows Them Looking So Happy Together
By Candice Jalili
Stay up to date