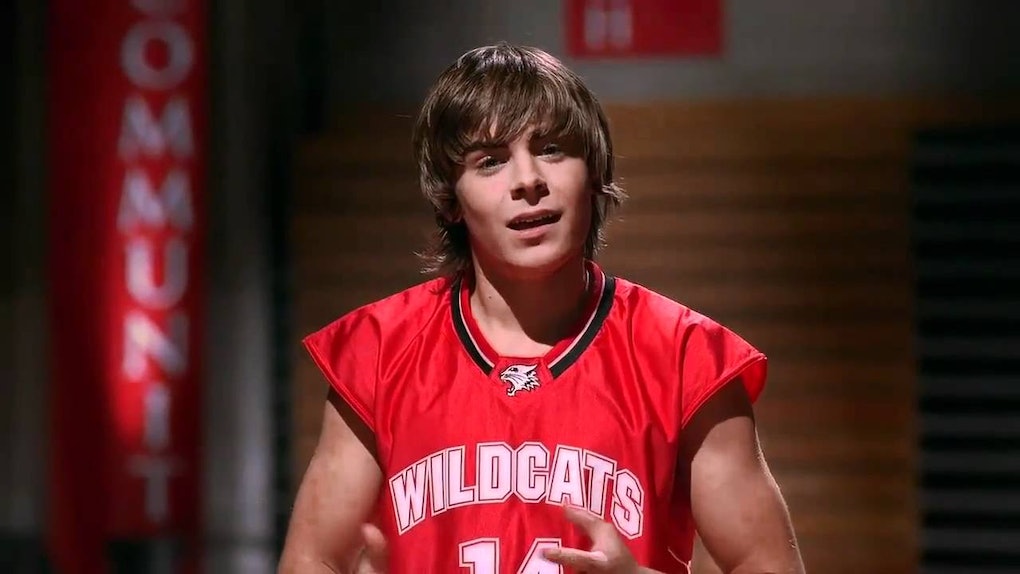 Will Zac Efron Be On The 'High School Musical' Disney+ Series? He Gave Fans An Update

We gotta get our heads in the game for Disney+'s new High School Musical series, especially since the show plans to revisit the classic story in a totally different way. ICYMI, it'll embrace a meta twist and feature East High students performing High School Musical as their drama club production, but we're not sure if any school alumni are due for a visit. Will Zac Efron be on the High School Musical Disney+ series? The former East High jock has revealed he'd be up for more soarin' and flyin' during this new chapter of Wildcat glory.

Along with most of Disney+'s ambitious plans for streaming content, the concept for the High School Musical series is a little mind-blowing. The new lineup of characters revolves around East High junior Ricky (Joshua Bassett), who decides to audition for the school musical to win back his ex-girlfriend Nini (Olivia Rodrigo). They're surrounded by friends who excel in different facets of the performing arts, and instead of working with High School Musical drama teacher Ms. Darbus, they're supervised by new arrival Miss Jenn (Kate Reinders). To top this off, the new project is formally titled High School Musical: The Musical: The Series. I guess Disney just has to stick to the status quo when it comes to names, even if it means a mouthful of a title.

Disney has yet to address how the show will explain the performance of a musical that is literally just real events from its own universe, but we'll save those confusing specifics for another day. If Gabriella, Taylor, or any of the scholastic decathlon kids want to break it down for us, be my guest. For now, Zac Efron, who played star basketball player Troy Bolton in all three HSM movies, has spilled that he's willing to stop by East High once more.

"Absolutely… I don’t see why not," he recently told Extra about making a cameo. "I’m not, like, committing to it — I didn't know there was [a series]... That [High School Musical] message still resonates to this day."

The 10-episode High School Musical TV series reportedly began production in February 2019, so if Efron has gone this long without knowing about the new show, a chance of an imminent cameo is probably slim. In that case, could Troy then return to East High in a second season? If the school's production of High School Musical is as meta as it sounds, then there's no one better than the musical's actual leading man to grant the drama club with a blessing.

So far, Efron's the only original Wildcat who's on board with the idea of returning to those hallowed halls. Ashley Tisdale has said she's unsure whether she still can do Sharpay Evans justice, while Vanessa Hudgens once confessed about feeling too old to return to the story. As bittersweet as their absences would be, it's totally believable for the older characters to not be around. Deadline reports that the series picks up 15 years after the first movie, saying:

It follows a group of students as they count down to opening night of their school’s first-ever production of High School Musical. Show-mances blossom; friendships are tested while new ones are made; rivalries flare; and lives are changed forever as these young people discover the transformative power that only a high school drama club can provide.

The series will also feature new songs and acoustic versions of the original franchise's music. High School Musical: The Musical: The Series is expected to premiere on Disney+ when the service launches on Nov. 12, 2019.