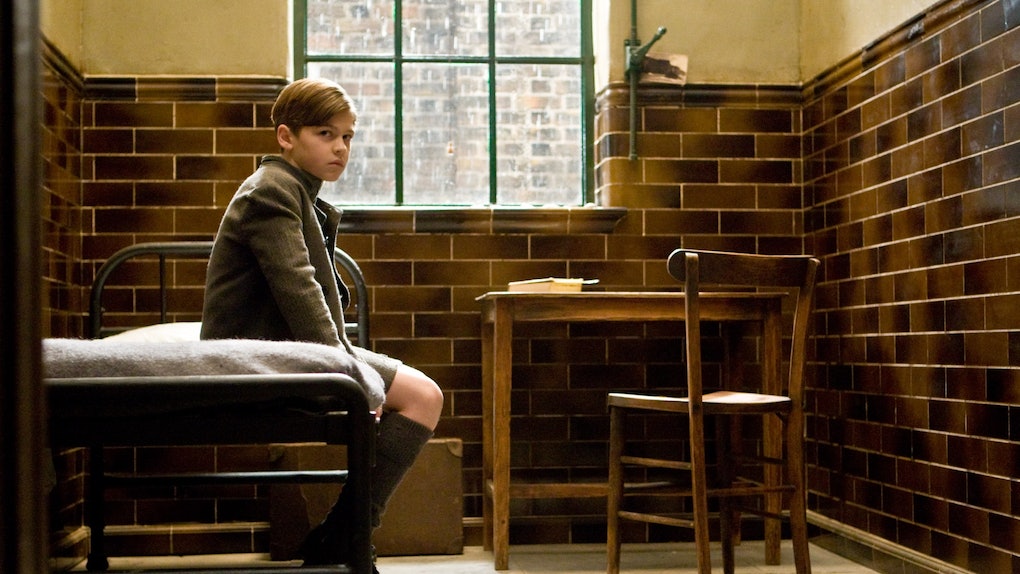 Will Voldemort Be In 'Fantastic Beasts: The Crimes Of Grindelwald'? Here's Everything We Know

The last few days have marked the one-year kickoff countdown to the release of the new Fantastic Beasts movie. But while some are itching to get a glimpse of how the French wizarding world and others are kicking up a hella fuss over Johnny Depp's continued employment by Warner Brothers, we've got other important questions when it comes to the timeline of the series. Young Dumbledore is a major part of the cast. We know that it was a Young Dumbledore who found Voldemort. Will Voldemort be in Fantastic Beasts: The Crimes Of Grindelwald? If not, is there a chance we'll be seeing him down the line?

Let's consider what we know of Dumbledore's history. Dumbledore was born in July of 1881. He attended Hogwarts as a student from 1892-1899. That year, he met Gellert Grindelwald. They became fast friends, who then had a terrible falling out, which caused a three-way duel with Albus, his brother Alberforth, and Gellert, the end result of which killed his sister Ariana.

About a decade on, Dumbledore was hired to work at Hogwarts as the Transfiguration professor in 1910. He was still in that position when Newt Scamander was expelled, though he argued for the boy to remain.

Some of this history will be portrayed during the second film. Teenage versions of Dumbledore and Grindelwald have been cast, as has a teenage version of Scamander.

By the year 1926, when the first Beasts movie is set, Dumbledore was not only teaching, but freelancing for Transfiguration Today, and working as a recruiter for Hogwarts specializing in half-bloods and muggle children whose magical abilities manifested despite their parents being non-magical.

Flashbacks aside, most of The Crimes Of Grindelwald will be set in 1927, about a year or so after the events of the first movie, post publication of Scamander's seminal text. From what we understand, the book tour that follows will be used by Dumbledore to find out what Grindelwald is up to, and turning Scamander into a semi-hapless spy.

Whether Dumbledore is aware at this point that Grindelwald has the Elder Wand or not remains to be seen. But we suspect he's at least heard the rumors, and wants to know what his former friend's plans are, and if they still are bent on eradicating muggles from the face of the earth.

There's just one problem. Voldemort was born in 1926. That means during the events of the upcoming movie, he's still only a year old. So, most likely, we won't be seeing him in this particular film.

But here's where things look promising: There are three more films. The final one of which, we assume, will end in 1945 and show the showdown between Dumbledore and Grindelwald that resulted in Dumbledore gaining the Elder Wand and being awarded the Order of Merlin (First Class).

That means that Fantastic Beasts 3 and 4 will cover the 1930s and perhaps early 1940s. Dumbledore recruited Tom Riddle for Hogwarts in 1938. The opening of the chamber of secrets that got Hagrid expelled occurred during the 1942-43 school year. The latter of these events was a major scandal at the time, and almost lead to Hogwarts being permanently closed.

Dumbledore was not yet headmaster. (That didn't happen until the late 1960s.) But he was a champion for Hagrid when the lad was accused. It seems almost unthinkable that the latter events wouldn't at least be referenced in passing, if nothing else reported in The Daily Prophet. Such a story would do damage to Dumbledore's reputation at a key time when he was recruiting to fight Grindelwald's anti-muggle war. It might even explain why he had to do the showdown one on one himself.

Fantastic Beasts: The Crimes Of Grindelwald will arrive Nov. 16, 2018 in theaters everywhere.