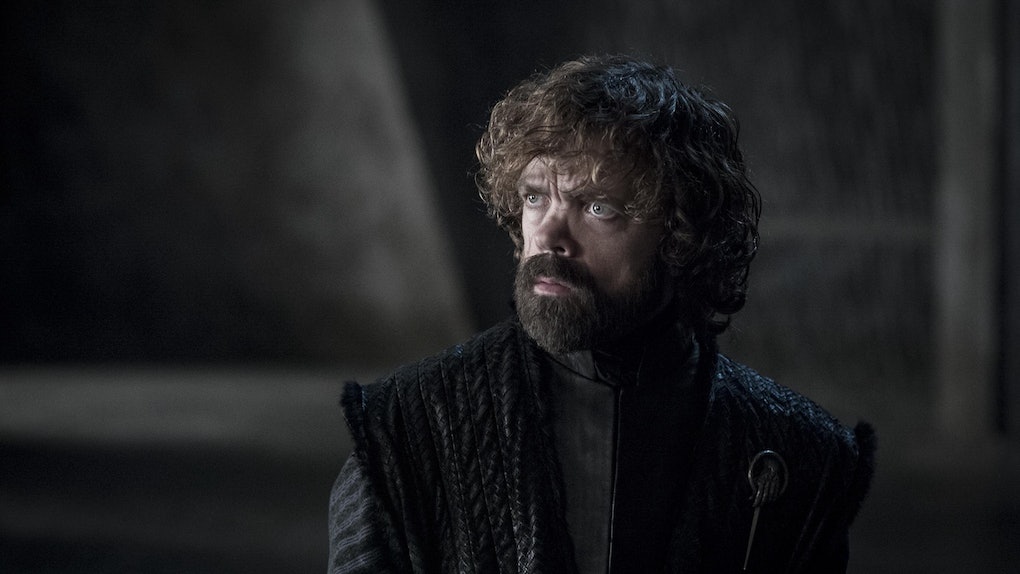 Will Tyrion Get The Iron Throne? 'Game Of Thrones' Fans Want Him As The Endgame

The penultimate episode of Game of Thrones broke the wheel, but not in the ways fans were expecting. Rather than end the fight for the Iron Throne once and for all, the way she promised, Daenerys decided to upend the game board Cersei Lannister-style, by murdering all her enemies and anyone who wasn't her was an enemy. The episode ended with ashen streets, crumbled buildings, charred remains of the citizenry and the realization Daenerys' chances of ruling Westeros had also gone up in smoke. So who will rule the Seven Kingdoms? Will Tyrion get the Iron Throne?

Tyrion Lannister has been a fan favorite for a long time since the first A Song of Ice and Fire novel came out back in 1996. He's never actually been given power formally, but as Hand to kings and queens alike, he's been a mover and shaker behind the scenes for many years, for good and ill. Some fans genuinely believe putting the one Lannister whose self-regard doesn't outweigh his body mass on the Iron Throne would be the right move for the show's finale. After all, he's got some powerful allies who wouldn't mind seeing him there, including Sansa Stark, the Lady of Winterfell, who would probably benefit the most from it.

There aren't a lot of decent men or women looking to rule Westeros. For one thing, "decent" people aren't usually the types to crave power or have such unchecked ambitions. While the show rarely discusses Tyrion's disability, his stature has made it so that he sympathizes with those who are less fortunate, and is more willing to see the downtrodden in society. Unfortunately, it's also sometimes made him a too-sympathetic judge of people. Daenerys is a perfect example of this — Tyrion looked past her flaws, believing in the good in her until it was too late.

Jon Snow is also has these traits, which is why Varys believed he would be a good ruler. His entire argument for backing Jon Snow, other than the patriarchy prefers men, is that Jon didn't crave power; therefore he would use it wisely.

But Jon really doesn't want the Iron Throne. Tyrion, on the other hand, wouldn't say no if offered it. It's a fundamental difference and one reason why the show might end with Lannister rule.

The critical difference between Tyrion and Cersei though, is that Tyrion would have one of the wisest players in the game bending his ear with advice: Sansa. The never-quite-were-married couple clearly still have an affection for each other. As Sansa stated plainly, he was the best of the men who presumed to possess her. Moreover, Tyrion clearly still cares for her, and just as importantly, he recognized how good she's become at politics.

If the show follows the history of the War of the Roses, Tyrion and Sansa could marry, combining two houses once at war and burying the hatchet going forward. But it could just as easily be Tyrion ruling the Seven Kingdoms, with Sansa, the Lady of Winterfell, as his best friend and confidante, helping see him through it.