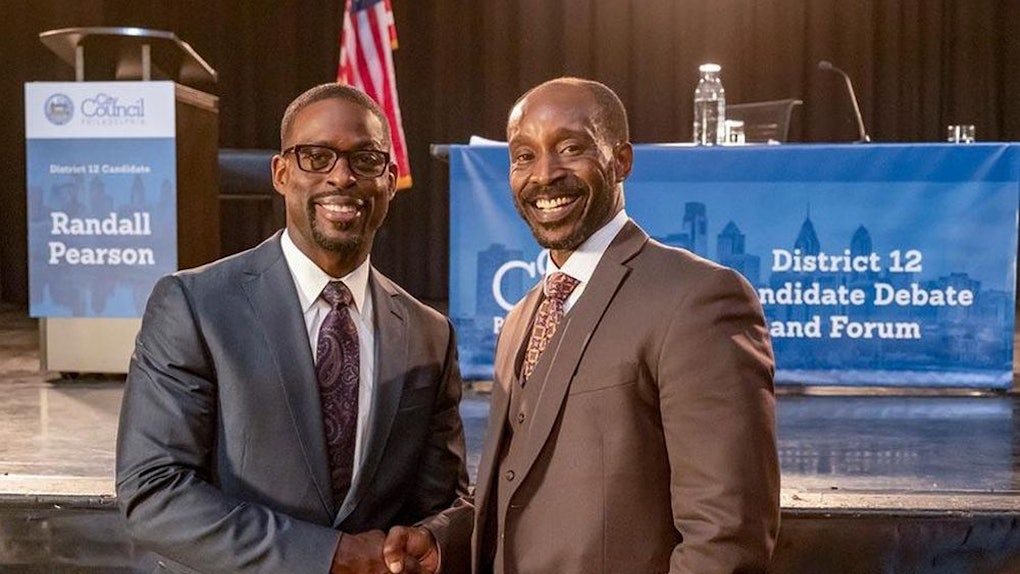 When the coronavirus pandemic shut down most of Hollywood in mid-March, fans of This Is Us caught a lucky break. The series had just finished principal photography on Season 4's two-part finale, allowing the show to end the way it was planned. But the Season 5 premiere remained up in the air for many months. Finally, the series announced it would resume in mid-November, which was then moved up to the end of October. Fans were ecstatic to get a two-part premiere after such a long wait. But will This Is Us air on Election Day 2020? Unfortunately, it's taking another break.

The initial return date for This Is Us was Nov. 10, which meant the show would avoid a week-long pause due to the election. However, filming was moving quickly enough that the show was able to premiere earlier, so NBC made the call to give fans what they wanted.

It's an accident of fate that NBC put This Is Us in the 9 p.m. Tuesday slot, where it has become one of the network's biggest shows. For reasons of tradition (and Constitution) that put the series right in political coverage crosshairs. Usually, that's confined to January and February, when the series has had to take a week off for the State of the Union or other presidential addresses. But once every two years, it gets bumped for election night news coverage.

The irony is, the same factors that pushed This Is Us' release date back to the end of October will almost certainly make its one-week delay somewhat pointless. As many news outlets have noted, the coronavirus pandemic has changed how people vote, and the sheer number of early voters and mail-in ballots means results will probably not come in by Tuesday. But even though the election may not be determined on Nov. 3, newscasts are still going wall-to-wall with coverage anyway.

That's sad news for fans who might have hoped for a little escapism this coming Tuesday by spending it with the Pearson clan. But considering Kate's newfound interest in protests and Randall's position as a City Councilman, it's a good bet they need the night off to follow politics along with the rest of us.