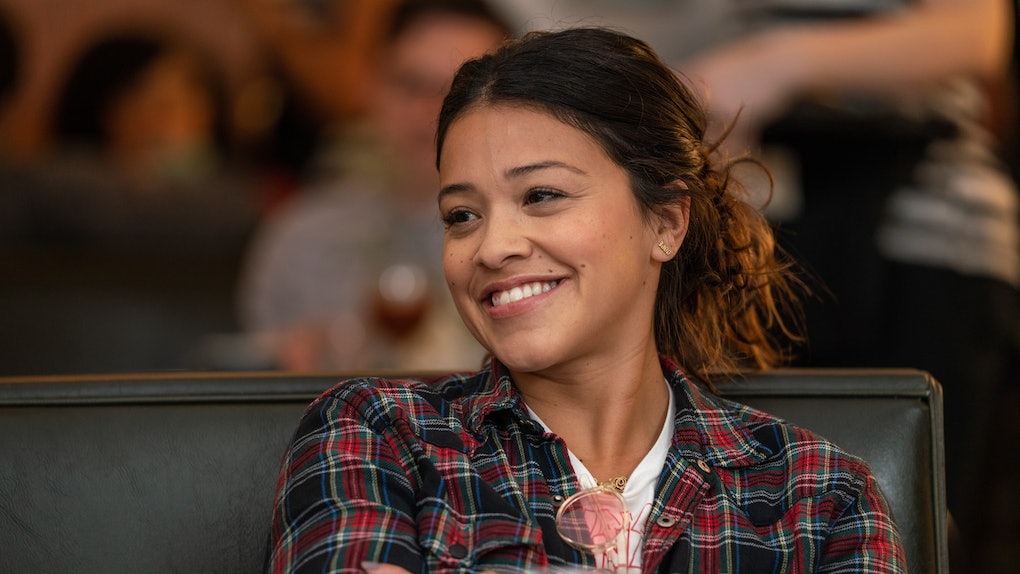 Will There Be A 'Someone Great' Sequel? Fans Are Loving The New Netflix Movie

Nothing is ever final during today's streaming age, and that includes a movie debuting as a standalone story. While box office records may improve the chances of a new comedy or drama receiving a sequel, fans' online responses can encourage teams to sign deals for sequels of Netflix original flicks. Looking at the streaming service's most recent release, will there be a Someone Great sequel? Nothing is official yet, but fans are definitely in the mood for more of Gina Rodriguez as aspiring music journalist Jenny.

This post contains spoilers for Someone Great. Debuting on Netflix on April 19, Someone Great follows Jenny after she receives her dream job at a music magazine across the country from her New York home. Her longtime boyfriend Nate (Lakeith Stanfield) refuses to embark on a long-distance relationship with her, prompting their upsetting breakup. Before a heartbroken Jenny moves to San Francisco to start her new life, she turns to her best friends Blair (Brittany Snow) and Erin (DeWanda Wise) for one last epic adventure in New York City as the audience witnesses her history with Nate via flashbacks.

Although it may sneakily pass as a romantic comedy at first glance, Someone Great ends with a focus on its trio of best friends. Jenny, Blair, and Erin promise each other that their friendship will survive this separation, and Jenny moves away to begin her new job. Given its "girls' night out" similarity to movies like Bridesmaids and Girls Trip, Someone Great could explore yet another wild night in a sequel reuniting the women for a major life event. But will we see that reunion sometime soon?

As it's only been a few days since Someone Great hit Netflix, it's too soon to tell whether the actors and creative team will come together for another movie. But screenwriter Jennifer Kaytin Robinson, who also marks her feature directorial debut with Someone Great, is open to the possibility of creating more within the film's universe. She told Refinery29:

It was the greatest joy of my life to work with Brittany, Gina, and DeWanda. It was such an incredible and rewarding experience. There’s so much love between the four of us. None of what you see onscreen is manufactured... We need to figure out what we all want to make, and I will clank away on my keyboard. I would love our own cinematic universe where we can play with genres and make really fun amazing films about women where we continue to work together. I want to make a heist movie with them.

Don't count on a sequel that brings Jenny back to Nate, either. Robinson told Refinery29, "Could Nate and Jenny get back together in the future? My answer is no, because it doesn’t feel real. I think in the real world, they would talk for a little bit, and then grow apart. Then one of them would probably see that the other is dating someone on social media."

As relatable as a story like that would be, putting the spotlight back on Jenny's past with Nate would defeat the purpose of Someone Great's original story. Robinson even made the movie with the goal of producing a rom-com in which the woman chooses herself, and based on fans' reactions, she totally achieved that. Just as Jenny declares her love for her friends by the end of Someone Great, viewers have shared their love of the movie on Twitter since its release.

It may be too early to think of Someone Great's follow-up plots, but I'll be busy re-watching the ladies' adventures until any sequel news breaks. Someone Great is currently streaming on Netflix.

More like this
Is Netflix Making A 'To All The Boys' Spinoff Series About Kitty? Here's The Tea
By Rachel Varina
20 'To All The Boys' Kitty Quotes To Pair With All Your Sassy Selfies
By Marisa Casciano
10 Rainy Day Movies To Watch On Netflix That Are Perfect To Pass The Time
By Kristen Perrone and Lexi Williams
Stay up to date