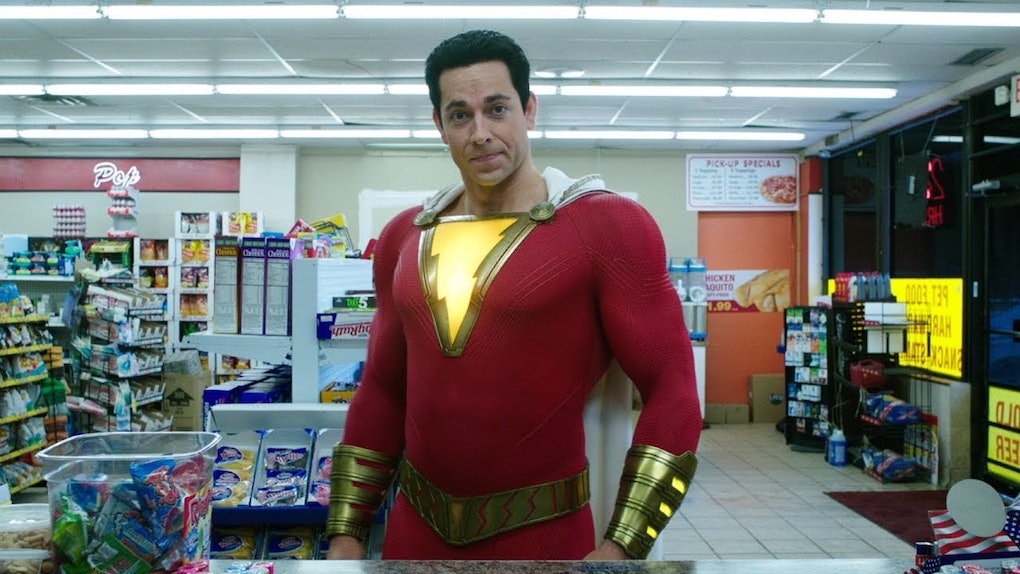 Will There Be A 'Shazam 2'? Things Are Looking Good For DC Fans

Before Marvel's gang of cool kids takes over movie theaters in Avengers: Endgame, DC Films is back with another origin story about a lesser-known superhero. Its latest movie Shazam! is in theaters now, following a teenage boy's revelation that he can magically transform into a grown superhero. The story has a childlike spirit that reflects how most of us would react if we suddenly had superpowers, but will there be a Shazam 2? Nothing's official, but if the movie becomes a hit, a sequel is likely.

Debuting on April 5, Shazam! stars The Marvelous Mrs. Maisel actor Zachary Levi as the titular hero (previously known as Captain Marvel before Marvel officially reclaimed the name), while Asher Angel plays his teenage equivalent Billy Batson. On a search for his birth mother, Billy is adopted and becomes friends with his roommate Freddie Freeman (Jack Dylan Grazer). When paraplegic Freddie is bullied at school, Billy tries to defend him, leading into an encounter with the wizard Shazam (Djimon Hounsou). Scarred by someone who betrayed his powers for evil purposes, Shazam offers Billy his magic if he promises to use them for good.

Ever the impressionable teenager, Billy agrees, and he can then shift into a superhero if he says, "Shazam!" The movie also includes a face-off with villain Sivana (Mark Strong), who absorbed the power of the Seven Deadly Sins that the wizard Shazam tried to contain. As expected with DC movies, Billy is also confirmed as a member of the Justice League by the end of the story.

While a Shazam! sequel has yet to be confirmed, ScreenRant reports that the decision would rely mainly on the movie's box office performance. As of April 5, Shazam! has already earned $40 million worldwide and strong critical reactions. A continued strong outcome means the powers that be would take the demand for more Shazam! seriously further down the line.

DC Films and Shazam!'s creative team is prepared both logistically and creatively for the possibility of another movie or a Shazam cameo in another DC film. Speaking to Entertainment Weekly about how Angel's growth IRL could affect more movies, producer Peter Safran spilled, "We have plans in place for sequels that take into account those realities." He also alluded to Levi's Shazam possibly appearing in a Justice League sequel.

So the Shazam! team is definitely thinking ahead, but if the character's fate is announced sooner rather than later, we'd still have a wait before seeing more. Because of DC Films' schedule of upcoming releases, there likely wouldn't be room for Shazam 2 until 2022 or later. As emphasized by Shazam!'s end-credits scene, the character also represents a more comical chapter of DC storylines, but what rule says that all superhero movies have to be dark and serious?

The movie's mid-credits scene also teased what direction a sequel could explore, introducing the comic book villain Mister Mind. Dwayne Johnson is also slated to star as Shazam's enemy Black Adam in an upcoming standalone movie. With so many rivals entering the spotlight, it looks like Shazam! is definitely on its way to more time on the big screen.

Shazam! is currently in theaters.