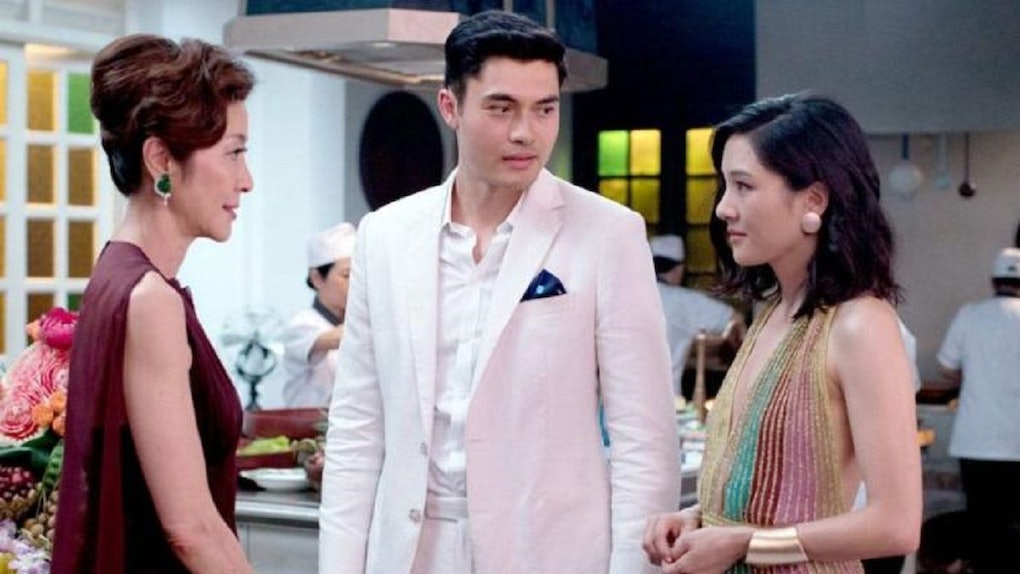 Will There Be A 'Crazy Rich Asians' Sequel? The Director Has A Message For Fans

The big movie of the month is shaping up to be Crazy Rich Asians, which officially hits theaters nationwide on Wednesday, Aug. 15. Based on Kevin Kwan's popular 2013 novel, the film follows a Chinese-American woman who meets her boyfriend's parents in Singapore and realizes they're one of the richest families in the country. The book was the first in a trilogy, so with more stories already out there for possible adaptations, will there be a Crazy Rich Asians sequel? The film's director has spoken about the possibility, and fans of the story can definitely stay optimistic.

Speaking to E! News at the movie's Hollywood premiere, director Jon M. Chu was honest about the importance of bringing an Asian-centric story to the big screen and possibly doing the same in the future, saying:

Ultimately we knew that the reason we were here was to put Asians in lead on the big screen that [had] never been done before in this romantic lead moment, and we knew if we didn't do it, it would be years and years before anyone else did... [making a sequel] is up to the audience. If people show up that opening weekend, we would love to tell more stories. We would love to also have other people tell their stories as well. We'll see, but it's up to the people who show up.

Chu also confirmed to The Hollywood Reporter that he would be open to directing another Crazy Rich Asians installment if possible, but he has recently expressed interest in adapting the story of the Thai cave rescue for a film. Seeing as he created the first all-Asian cast in a major motion picture in 25 years, I think it's safe to say that Chu could work on practically any project he wants.

Crazy Rich Asians introduces several intertwined families in Singapore, where Nick Young (Henry Golding) grew up before attending school in England and eventually teaching in New York, where he meets Rachel Chu (Constance Wu). When he and Rachel return to Singapore for his best friend's wedding, Nick's mother Eleanor (Michelle Yeoh) makes it clear that Rachel is not her ideal match for him. As Rachel tries to win over Eleanor, her old college friend Peik Lin helps her adjust to the cultural differences. Movies that involve a wedding are an instant must-watch for me, but the Meet the Parents-esque theme of Crazy Rich Asians leaves me even more intrigued.

Kwan, credited as an executive producer of the film, previously spoke about the extent of his involvement to Cosmopolitan, saying:

I was able to give advice to screenwriters, then work with the production team as they began working on the set design, the costumes, and more recently, [character notes] for the actors. It’s been an enormously collaborative experience. They’re really trying to create an authentic of a world as possible...I chose the team I wanted to work with. We were very specific from the beginning: This is going to be a partnership. It’s like, why would they not want to involve me? It makes no sense otherwise.

After seeing the special treatment this film has received in the public eye, I definitely have my hopes up for Kwan's other books, China Rich Girlfriend and Rich People Problems, to hit the big screen. Until then, you can find me in the theater the second Crazy Rich Asians is released.

More like this
An 'After' Prequel About Hardin & A Sequel About His Kids Are In The Works
By Abby Monteil
These Throwback Jennifer Lopez Movies Are Such A Blast From The Past
By Ani Bundel
'Knives Out 2': Release Date, Cast, Trailer, Plot, & More
By Ani Bundel
Stay up to date