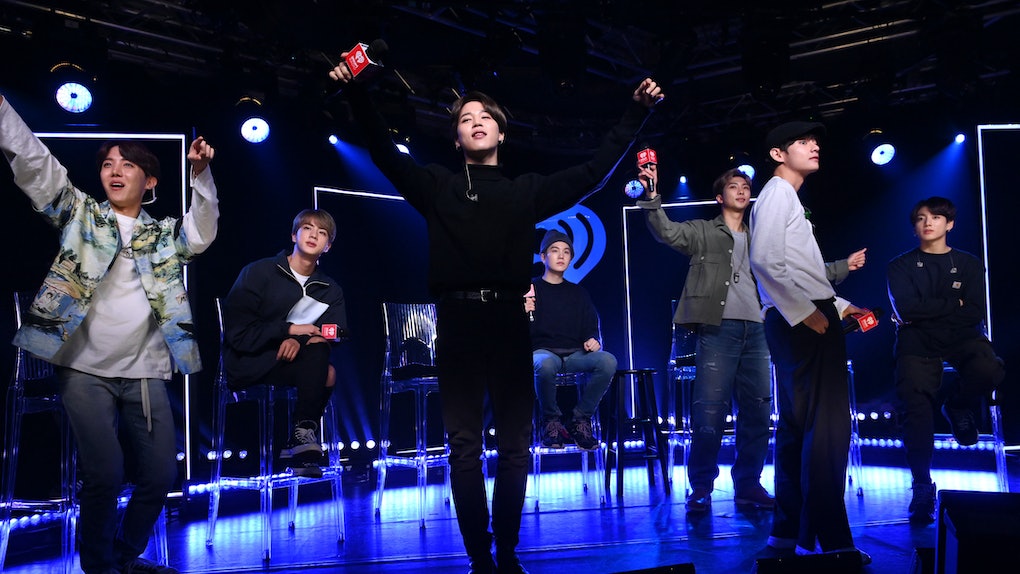 Will There Be A 'Bon Voyage' Season 4? BTS' Photos Have Fans Convinced

Out of all the content BTS rolls out each year, I think my absolute fave is Bon Voyage. In case you're a new member of the ARMY, BTS' Bon Voyage is their annual vacation series which documents the members as they all go on a fun trip together. In the past three seasons, the guys went to Europe, Hawaii, and Malta. BTS hasn't confirmed there will be a fourth season of Bon Voyage yet. Because the group has gotten so famous around the world, fans were preparing themselves for the possibility that BTS wouldn't release a new season of the show this year since their busy schedule may prevent them from filming or they might be too easily recognized while on vacation. But now BTS has posted some photos on social media that has fans asking, "Will there be a Bon Voyage season 4?" Brace yourselves, ARMY, because there might be!

The rumors first started right after BTS came back from their individual vacations on Sept. 15. In August, Big Hit Entertainment announced that BTS would take a brief vacation to "recharge" themselves before getting back to work. After about a month or so, the guys were spotted at Incheon International Airport and fans immediately noticed some of the guys were carrying selfie cameras with them, leading them to believe that the group was filming footage for some future content.

According to Soompi, a source from Big Hit reportedly said, “BTS has ended their period of rest and will be flying out today for a scheduled activity.”

And that brings us to now. On Sept, 18, Jin posted a set of photos of himself chilling and admiring deer in what appears to be a remote location.

Fans zoomed into the photos and noticed how Jin had a microphone strapped on his shirt, which fans took to mean BTS was, in fact, filming Bon Voyage, because why else would they have mics on their shirts? Some fans even thought they recognized the location, and they had a theory that BTS was filming Bon Voyage in New Zealand this time.

On Sept. 19, Suga also posted a pic of himself and he looked so happy wherever he was.

Since Jin, Jimin, RM, and Suga all had jackets in their photos, fans believed BTS could be vacationing somewhere where it's cold.

Fans also remembered how in Bon Voyage season three, BTS revealed they wanted to go to New Zealand next.

Is BTS actually filming Bon Voyage right now? I don't know for sure since Big Hit hasn't announced anything, but what I do know is that BTS is definitely up to something. ARMY, be prepared for anything because #BTSIsBack and at work once again!

More like this
Is Demi Lovato's "15 Minutes" About Max Ehrich? Lovatics Are Convinced It Is
By Brandy Robidoux
This 'Drag Race' Season 13, Episode 14 Clip Shows The Top 4 Getting SO Real
By Lexi Williams
How Many Tattoos Does BTS' Jimin Have? His Collection Is Growing
By Michele Mendez
Stay up to date