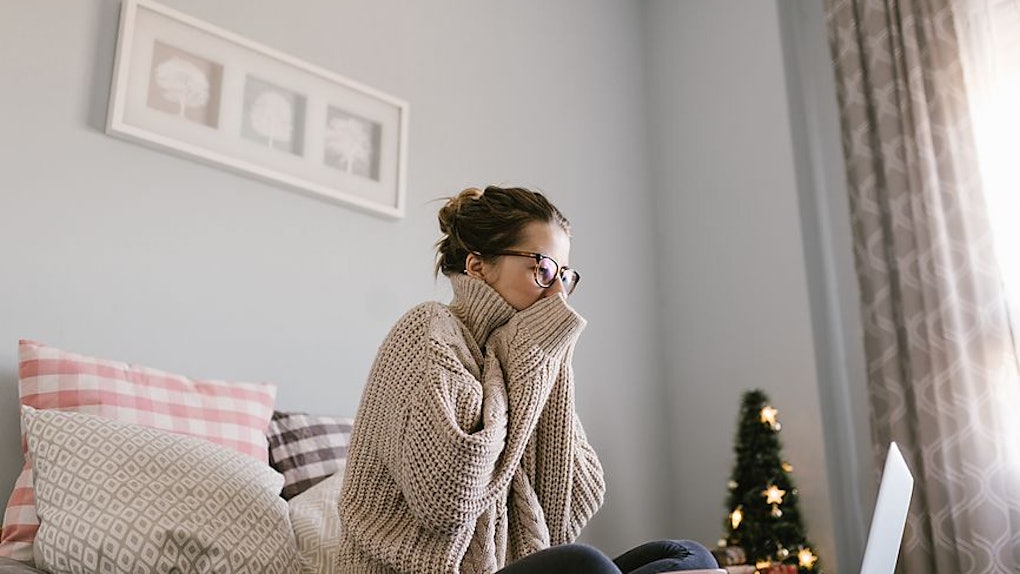 Will The Flu Shot Still Work If You Get It Now? Experts Say Yes, So That's Good News

You might be on the fence over whether or not getting the flu shot is actually worth it, but this year, influenza is making a mockery of that “it’ll never happen to me” mentality. It’s heartbreaking to hear, but hospitalizations are at an all-time high, and fatalities include younger generations that would normally be immune to the more serious symptoms. Though the Centers for Disease Control and Prevention (CDC) say we’re well into the season of sniffles, if you were to ask any medical professional if the flu shot will still work if you get it now, they’d encourage you to make an appointment with your doctor ASAP.

Now, from a patient’s perspective, I can absolutely understand having reservations about getting vaccinated. Jeff Dimond, a public affairs specialist from the CDC, told Everyday Health that the flu vaccine is, indeed, derived from what's called "a dead virus," which literally means a virus that's been killed already. But Dimond explained that, even though people are often afraid the flu vaccine itself will make them sick, "it's pretty hard to catch an illness from a dead virus."

Another flu shot myth that's been debunked is the notion that the vaccine isn’t really all that effective. According to the CDC, vaccine effectiveness can vary depending on the circumstances, but generally speaking, it's anywhere from 40 to 60 percent effective "during seasons when most circulating flu viruses are like the vaccine viruses." Moreover, getting vaccinated can even reduce symptoms if you were to catch the flu. The question is, though, is it still worth it to get the flu shot midway through the illness's peak season?

The flu shot will definitely still work if you’re considering getting it now, but there are a few things to keep in mind.

Dr. Celine Thum, medical director at ParaDocs Worldwide Inc., tells Elite Daily it’s best to get vaccinated as early as September through the end of October. However, the flu shot doesn’t have an expiration date. The vaccination is not unavailable after Oct. 31, and its effectiveness doesn't change over time. Having said that, the answer is yes, if you were to get the flu shot mid-season, it would still work to protect you from the illness. However, there are a few details to take into account before booking your appointment.

Kind of like how you have to prepare for a surgery the night before, there are a few best practices to getting an effective flu shot. According to Chris Brantner, certified sleep science coach at SleepZoo.com, the best way to ensure your flu shot is as effective as it can possibly be is to get a solid eight or so hours of sleep the night before. Guys, I’m telling you, sleep quality controls everything. The key, Brantner tells Elite Daily, is to get anywhere from seven to eight hours of sleep to boost your immune system, as sleep deprivation “can make it take up to four times as long for your body to respond to the vaccine.”

Having optimal immunity really is vital here: The less resistance your body can generate, the harder it will be for the vaccine to boost your immune system. This could potentially mean that, should you be exposed to germs, your body will struggle, or be flat-out unable to fight off the virus. Brantner goes on to explain that things like cardio exercises, antibiotics, and even a bad mood can mess with your immune system, so it’s best to stay relaxed, stay off meds (if possible, but definitely consult with your own doctor about this first), and put a smile on when going into the doctor’s office.

Even if you've already had the flu this season, or even if you've experienced flu-like symptoms, it's still a good idea to get vaccinated if you haven't yet.

Think of it this way: You wouldn’t not wash your hands before you eat just because you’ve already caught a cold once this year, would you? It sounds like a silly comparison, but the bottom line is germs are germs, and whether you want to think about it or not, they're always swarming.

Having said that, it's actually true that you can't catch the same exact virus twice, because your body will have already developed the antibodies to destroy it. Jennifer Japsay, assistant director of nursing at Upper East Side Rehabilitation Center, tells Elite Daily “there's more than one strain of the flu,” which means you could be susceptible to a different strain, even if you've already gotten sick and recovered from a different strain. Trust me, as someone who was recently sick for a whopping three weeks in a row, you want to do everything in your power to fight off these heinous bugs.

Additionally, getting the flu shot can also help the general population ward off these unwanted germs, so think of getting your own shot as a sort of community service. Dr. Leslie Auquilla of ParaDocs Worldwide Inc. tells Elite Daily that, in addition to keeping you from getting sick, the sheer fact that you're vaccinated around others helps protect them from catching something as well. Pretty cool, right?

If you're still undecided about getting the flu shot, there are some little things you can do to stay healthy.

Of course, if you ask a doctor, they're going to tell you that the best way to protect yourself from the flu is to get the damn flu shot. But they’ll also tell you there are plenty of little things you can do on a daily basis to make sure you stay healthy year-round.

Though this can be tricky if you work in an office building, with children, or you're regularly sitting in a classroom with 20 or more students, one of the best things you can do for your body, according to Dr. Azmina Bhayani, family medicine physician in New York and fellow with Physicians for Reproductive Health, is to stay far away from people who are sick. Dr. Bhayani tells Elite Daily that, for example, if you hear a co-worker cough from across the room, try to avoid them in the cafeteria. If the person sitting next to you during 8 a.m. lecture is sniffling, pass her a packet of Kleenex, and politely decline her invitation to pair up on the assignment.

Another tip is to keep hand sanitizers close by at all times. Dr. Auquilla tells Elite Daily that washing your hands with soap and warm water “is a must.” Dr. Thum adds it might be worth it to wear a mask on the commute to work or in a crammed office if an outbreak ensues in your area. I know, I know, those masks can look kind of silly/like an episode of Grey’s Anatomy, but honestly, better safe than sorry, right?

Especially considering just how severe this strain of flu has been, it's important that we all take the necessary measures to ensure we're taking the best possible care of our bodies, whatever that means to you.