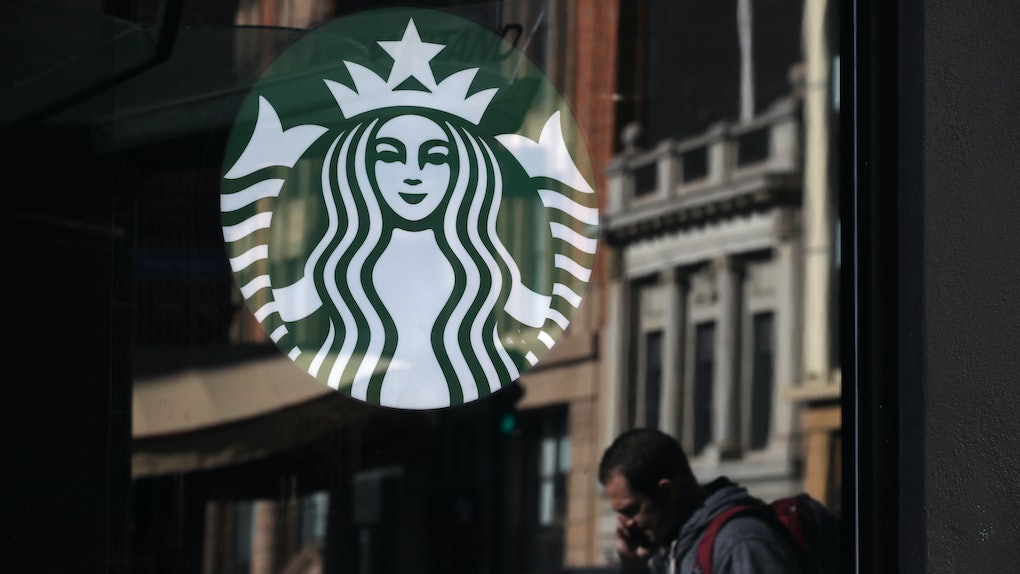 Will Starbucks Ever Come Out With CBD Drinks? It Might Take A While

Over the past year, hemp and CBD-infused drinks and food have quickly exploded in popularity. With Coca-Cola and other companies rumored to begin testing beverages that contain cannabidiol, which is a non-psychoactive cannabis ingredient, you might be wondering: Will Starbucks ever come out with CBD drinks? Here's why it might take a while.

If you're unfamiliar with CBD oil, it's important to note that CBD, unlike the psychoactive component of the cannabis plant THC, will not make you high upon consumption, according to the World Health Organization. Instead, the hemp-derived substance — which has been legal at a federal level since the Agriculture Improvement Act was passed back in December 2018 — is commonly used to treat symptoms of pain, seizure syndromes, and anxiety, although research about its efficacy and long-term effects is still in its early stages.

Considering the recent uptick in CBD-infused products, which include everything from marshmallows to lotions to gummy bears, customers might be wondering if a CBD-infused coffee could be in Starbucks' future plans. While the combination might not seem like the most natural mash-up upon first thought — after all, CBD has gained a reputation as a relaxing substance and is sometimes used as a sleep aid while people intake caffeine for a boost in energy. But that's not the reason you might not see it at your local Starbucks anytime soon. In an email, a Starbucks rep tells Elite Daily, "While we’re always watching trends in the food and beverage space, right now, CBD is not on our road map."

Don't think the initially odd-sounding combo of caffeine and CBD is what's holding the chain back. In fact, the two substances actually seem to work pretty well together when combined, according to some people who've tried it. For example, when Elite Daily writer Amanda Fama tried CBD-infused ground coffee by Pure Hemp CBD back in January, she said she felt the fueling effects of the caffeine minus any of the jitters and other negative effects she normally associated with coffee. "Instead of feeling hyped up (like I usually do after having coffee), I felt calm, cool, collected, and ready to start my day," she wrote.

While her experience sounds promising, companies are only just starting to experiment with adding the substance to food and drinks, and the jury is still out on any potential health risks and benefits of CBD. In addition, the lines on the legality of adding the substance to food and drinks are blurred, as the FDA previously stated it's "unlawful under the FD&C Act to introduce food containing added CBD or THC into interstate commerce, or to market CBD or THC products as, or in, dietary supplements, regardless of whether the substances are hemp-derived." New York, California, and Michigan are some of the states that have started cracking down on the use of CBD oil in food and drink.

Still, certain restaurants and coffee breweries, like the Chicago-based Protein Bar & Kitchen as well as Espresso Bay in downtown Traverse City, Michigan have offered customers the option to add a few droplets of CBD to your coffees or latte, with prices ranging from $2.99 to $4.

However, while the use of CBD oil in foods and beverages might be slowly becoming more mainstream, it's still controversial and I wouldn't look for it on the menu anytime in the near future at your local Starbucks.

Given that CBD isn't currently on the chain's "roadmap," you're better off looking elsewhere or planning to DIY a CBD-infused coffee if you so choose.

Still, considering Starbucks' forays into both 'Gram-worthy and inventive offerings for spring and summer, something tells me that you won't miss it with the retailer's lineup of creative sips to choose from when patio season rolls around.