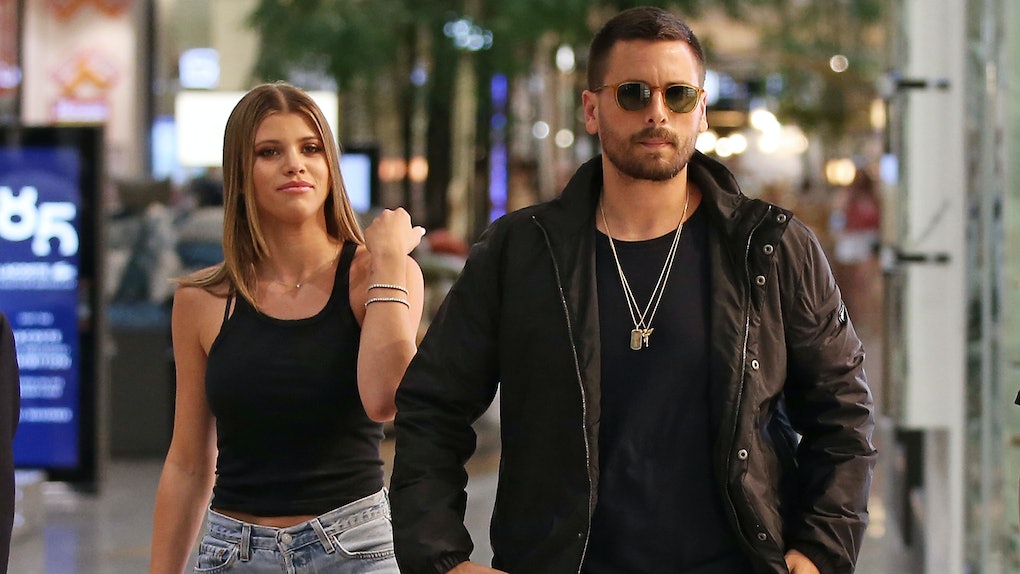 Will Scott Disick & Sofia Richie Get Engaged? Rumor Has It That It Could Happen Soon

Despite everything they've been through, I still stan Kourtney Kardashian and Scott Disick. I can't help it, you guys! They just seem to have the whole co-parenting thing totally locked down, and I'd love to see these two reunite for the sake of their three adorable kiddos. That being said, Disick's new love, Sofia Richie, has totally won over my heart since she seems to be such a good influence on him. So will Scott Disick and Sofia Richie get engaged soon? Because according to RadarOnline, after nearly two years of dating, Disick may be finally getting ready to pop the question. And it looks like he may even already have his ex's blessing! So if you're not here for this pairing, you'd better hop on the bandwagon real quick! Elite Daily reached out to Disick and Richie's teams for comment on the report, but did not hear back by the time of publication.

But back up for a sec. Because not only did a source tell the publication that The Lord Disick is going to propose "any day now," Kris Jenner is reportedly begging him to let cameras film the whole thing for the next season of Keeping up with the Kardashians, and why am I not surprised by this news at all? I mean, what kind of momager would Jenner be if she didn't get the engagement on tape, you know?

"Kris wants nothing more than for it to be filmed because she knows that it will be great for ratings," the source said.

Not gonna lie: I would watch it.

Meanwhile, Andy Cohen put Kourtney on the spot re: a Scott/Sofia engagement, when she appeared on the Jan. 14 episode of his Watch What Happens Live talk show with her sisters Kim and Khloé.

"There are rumors that you are terrified of Scott Disick proposing to Sofia Richie," Andy began, reading off a list of questions that had been tweeted by viewers. "What would be your reaction if they got engaged?"

"Yeah, we vacation together," Kim elaborated. "It's all good."

So there you have it, dolls.

Oh, and here are the three of them vacationing together in Cabo over Christmas, in case you forgot what that looked like:

"Obviously, Kourtney is put off by this, but she is happy for them," the same source explained to Radar. "She could have married Scott 1,000 times if she wanted to. But she is done with him. He is in the best headspace he has been in for over a decade now and is an active part of their kids' lives, which is all that Kourtney ever wanted." Elite Daily reached out to Kardashian's team for comment on the report, but did not hear back by the time of publication.

Wow. It all sounds so healthy, doesn't it?

And check out what Richie told The Sydney Morning Herald about her relationship with Disick back in September:

"We are very happy, very lovey dovey," she said.

"We are best friends and that is mainly the strongest connection we have. We have always had that best friend connection and from there it has really worked out. I am so happy," she explained.

Me too, girl! I mean, if I can't have a Kourt and Scott engagement, then a Scott and Sofia one seems like a solid alternative. Plus, any wedding that comes with the possibility of Lionel Richie belting out "Endless Love" during the first dance is pretty dope in my book.

Now, who do I have to call to score an invite?