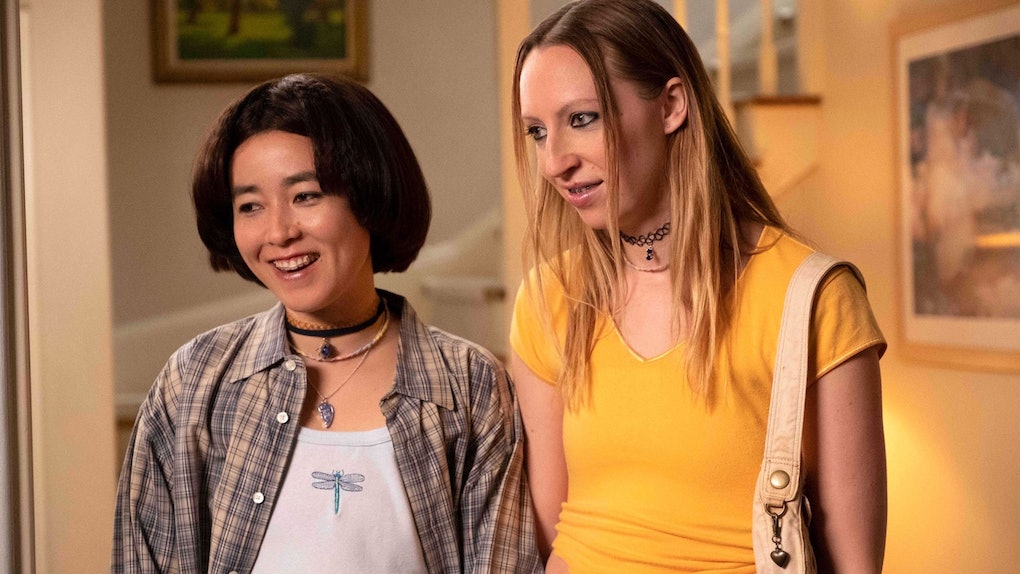 Ten episodes can certainly go by fast when you discover a new show that you love. For a lot of Hulu users, that is the case with Pen15, the streaming platform's brand-new comedy series. If you are one of the many people who binged your way through Season 1 of Pen15 already, then you are probably asking will Pen15 get a Season 2. Unfortunately, nothing is for sure just yet, but the good news is that it sounds pretty promising.

Hulu released the 10-episode first season of Pen15 earlier this month on Feb. 8. In case you have not seen it yet, the show is a comedic exploration into the awkward and sometimes sweet moments that happen in middle school. Comedians Maya Erskine and Anna Konkle both created and star in the show as versions of their 13-year-old selves. Viewers have to suspend their disbelief a bit since Erskine and Konkle are both 31 and playing 13 year olds, whereas the rest of the cast look straight out of a middle school, but the strange casting winds up working surprisingly well.

Although the response to Pen15 has been overwhelmingly positive so far, it is still too early to know whether it will get a second season or not yet. Hulu has yet to officially pick up another season of the new comedy series, but Maya Erskine and Anna Konkle are ready to jump into Season 2 if it gets greenlit. The pair recently spoke to The Hollywood Reporter about their Season 2 plans, and sounded pretty confident in seeing their characters tackle new challenges in some more episodes.

Maya Erskine and Anna Konkle mentioned two storylines that will be getting a lot of attention in the potential second season of Pen15. Oh, and spoiler alert for anyone who has not finished Pen15 Season 1, because they are both things that come up in the Season 1 finale. The first is Anna's parents' divorce. Konkle shared that she wrote the scene of Anna's parents telling her about their divorce as accurately to how she remembered it happening to her as possible. She also said that Anna's story in Season 2 will be heavily influenced by the still-fresh divorce.

As for Maya's Season 2 storyline, Maya Erskine said that the next season will have Maya dealing with getting her period for the first time. We saw Maya get her first period at the very end of Season 1, but she has yet to actually tell anyone about it, including Anna. Erskine also shared that fans can expect "more mature, darker" content in Season 2.

While the storylines may become more mature, don't expect Maya and Anna to ever graduate seventh grade. Maya Erskine said that the two main characters will always remain in seventh grade, even in future seasons, although they may begin to go through things that Erskine and Konkle experienced a bit later in life:

As of now the goal is that they stay in seventh grade forever ... In the first season, they're a bit more innocent and playing with more childhood versus teenagers. Then in the second season maybe they experiment more with drugs or we go through things that happened to us later on in middle school and then high school and just place that in the frame of seventh grade.

So, even though Season 2 has not yet officially been picked up, it is clear that there is already an outline for Pen15 Season 2... and possibly even more seasons beyond that!