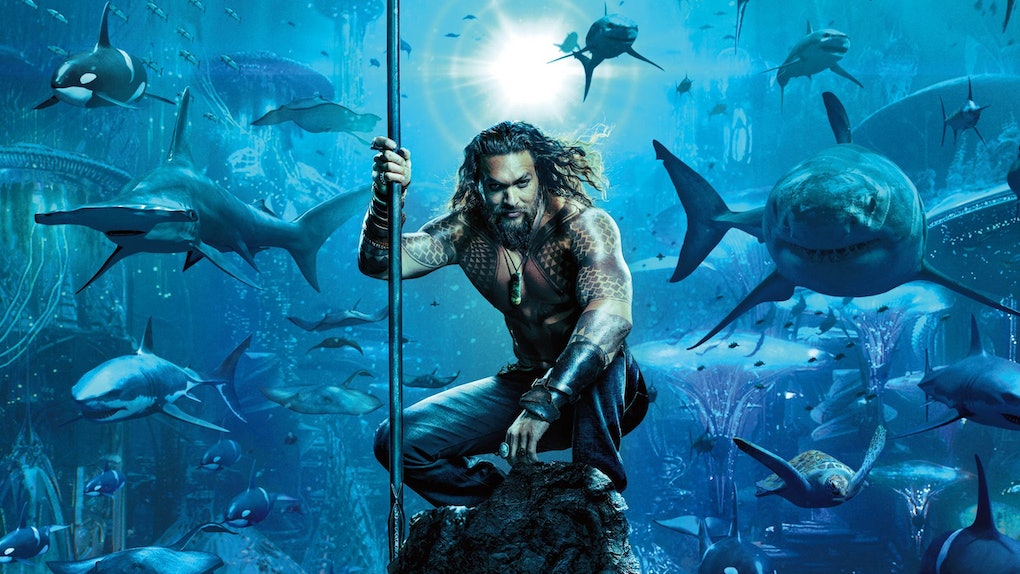 Will Other Justice League Members Be In 'Aquaman'? The Director Shares Disappointing News

Aquaman will be the final movie to be released in 2018 by Warner Brothers, as part of the rush to fill the now-empty late December date Star Wars dominated since 2015. This will be their first film since Justice League flopped last November and their second standalone film without Superman or Batman as the main lead. Their first, Wonder Woman, was wildly popular even though none of the other Justice League members turned up, and Bruce Wayne is only referenced once. Will other Justice League members be in Aquaman? Or will he get a movie all to himself?

One might think this wouldn't be a question, as most standalone superhero adventures allow the star in question their moment in the sun. It's a rare premiere standalone film which ties in other characters, and it's usually a sign something else is going on. Spider-Man: Homecoming, for instance, being a Sony co-production, enlisted Robert Downey Jr. to appear as Iron Man to tie in the film to the MCU.

But Aquaman, for whatever reason, is not a character with a large following. He's often dismissed for his bright orange and green costume, his feminized look, and his lame adventures. The question, therefore, became would Warner Brothers bring in a fellow superhero to help him out?

According to director James Wan, that's not happening. In an interview with Entertainment Weekly this week, Wan discussed why he left the other Justice League members from the cast roster.

I wanted to keep the story to the world of Aquaman and not have to worry about what other characters are doing in their films and how that would affect us. I just thought the simplest way was to keep it clean — keep it simple and let it be an Aquaman story.

This is an excellent sign Wan was allowed to make this call. Wonder Woman was a successful film because Warner Brothers allowed director Patty Jenkins the freedom to do a movie not necessarily tied into the larger story.

It turns out Wan has been given the same freedom.

I told them I understand and respect that it’s part of a bigger universe but at the end of the day I have to tell the story I want to tell, and I want to develop the character as well. It was something the studio was respectful... In my movie he starts off one way and becomes very different by the end. It’s a classic hero’s journey. I equate our story to The Sword and the Stone, it’s a very Arthurian story about a journey to becoming king.

Wan and star Jason Momoa have already made strides in changing the general impression of Aquaman with the public. Now, they just have to prove they can stand tall without needing any of DC Comic's A-listers to help them.

As for if there will be a crossover appearance in the post-credit sequence, the DCEU doesn't usually do those. (Only Justice League had them.) So if there are no crossovers in the film itself, it's a good sign Aquaman will be solo until the credits finish.