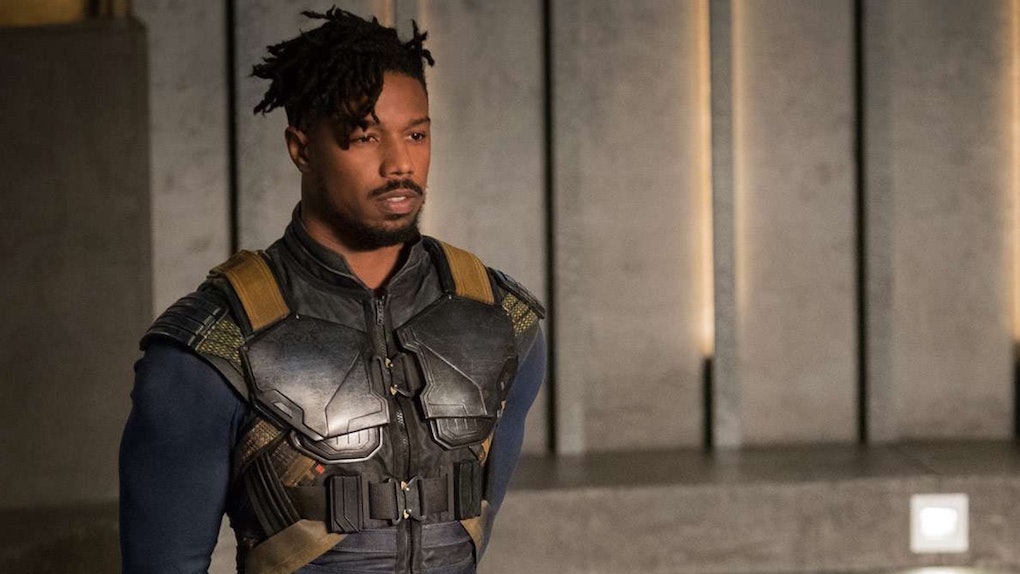 Will Michael B. Jordan Be In 'Black Panther 2'? Killmonger May Return

After the immense success of Black Panther, it was only a matter of time before Marvel confirmed a sequel. Now, Black Panther 2 is officially in the works, although what the new movie will be about is still being kept under lock and key. One very exciting and unexpected detail may have just slipped out, though. Many fans were probably wondering if Michael B. Jordan will be in Black Panther 2, since his villain Killmonger was one of the highlights of the first movie, but that movie also ended in his death. Well, it sounds like Killmonger is going to find a way to cheat death, because Michael B. Jordan's costar just confirmed he will be back for the sequel.

While on the red carpet at the SAG Awards this weekend, Black Panther star Angela Bassett and her husband Courtney B. Vance revealed to Entertainment Tonight that Michael B. Jordan will indeed reprise his role of Killmonger in the Black Panther sequel. As is customary of Marvel actors, Bassett only vaguely responded that she "assumed" everyone from the from the first movie would be back for the second, but Vance jumped in to confirm what we were all wondering:

Yes, just go ahead and say it, yes! Everyone will be there, including Michael B.

So I guess that answers that question! Get ready for more Michael B. Jordan in Black Panther 2.

Of course, this confirmation also raises another major question: Didn't Killmonger die at the end of Black Panther? Angela Bassett followed up her husband's statement by noting that we never technically saw Killmonger's body go into the ocean, although it did seem pretty clear that he was drawing his last breath alongside his cousin T'Challa while watching the sun set in Wakanda.

Marvel movies have cheated death a number of times before, though — in fact, this summer's Avengers: Endgame is predicted to reverse the deaths of half of the entire film's universe — so it is definitely not too far-fetched to believe that Killmonger could be brought back to life somehow. It will also be interesting to see whether Killmonger remains a villain or becomes an ally to T'Challa in the new sequel. Although the conflict between the two drove the action of the first movie, they ended up coming to some kind of mutual understanding, so perhaps the resurrected Killmonger will fight alongside T'Challa against some greater enemy to Wakanda in Black Panther 2.

Unfortunately, Marvel fans will have to wait a while for Black Panther 2 to hit movie screens. The superhero franchise already has 2019 lined up with new movies: Captain Marvel in March, Avengers: Endgame in May, and Spider-Man: Far From Home in July. The studio has also confirmed upcoming sequels for Guardians of the Galaxy and Doctor Strange, and new Thor and Ant-Man sequels also seem like very likely possibilities.

Black Panther stands out from all of the other superhero movies by being one of the only films in the genre to ever be nominated for the Academy Award for Best Picture. Fans can see if Wakanda brings home the gold when the Oscars air on Sunday, Feb. 24.