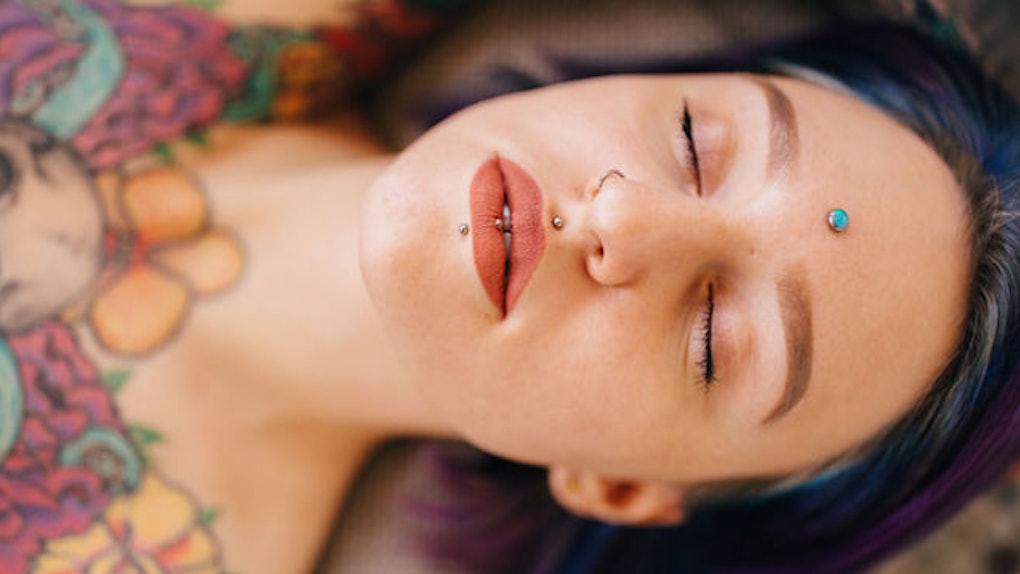 Will Mercury Retrograde Make Me Tired? An Expert Says You Should Definitely Prioritize Rest

At this point, you should probably stop feeling shocked or appalled that yet another Mercury retrograde is approaching on Thursday, July 26, and just accept the fact that these strange astrology events are going to keep happening over and over again, for the rest of eternity. Still, you know you're always wondering what this mischievous little planet has in store for you each time it goes retrograde. According to at least one astrologer, Mercury retrograde is definitely going to make you feel tired this time around — but not for the reasons you might think. I promise, it's all going to be OK. Deep breaths.

Suzie Kerr Wright, an astrologer, psychic medium, reiki master, and certified holistic life coach, tells Elite Daily over email that when any planet is in retrograde, the energy becomes more personal, and the universe doesn't hold back. This can, in turn, feel extremely intense and draining, leading to loads of fatigue. "When Mercury, the planet that rules our communication, our speech, our mental faculties, slows down, so do we," Wright says.

"The energy shifts from what we are used to on a daily basis, to something different," she adds, and it can be exhausting to keep up with all of the changes.

If you're wondering what's so "personal" about that shift in energy, Wright says it has to do with a sudden change in your daily routine. When you get out of "autopilot" in your daily life, she tells Elite Daily, you begin to see things differently, and this inevitably encourages some introspection.

While a bit of soul-searching and self-reflection is almost always a good thing, Wright says the process of looking inward for answers, rather than outward, can inevitably lead to lethargy, sheerly because you're not used to observing yourself this deeply. "Mercury retrograde will unearth things, bring people and situations back into our lives to allow for closure," she says. "It gives us an opportunity to rethink, recalculate, reassess, remember, reconnect, etc. — with anything we are normally able to gloss over."

So will the upcoming retrograde make you tired? Yes! There's no denying that one, according to Wright.

But there's no need to fear, or any reason why you should be "fighting against the tide," the astrologer says.

"This isn't meant to be a 'bad" tired,'" she tells Elite Daily. "It's a rest we get to take." Perspective is a pretty powerful thing, isn't it?

The truth is, Wright says, Mercury retrograde doesn't intentionally or maliciously disrupt your day-to-day routine or make you feel worse just for the sake of messing with you. As far as Wright is concerned, these planetary shifts are meant to be blessings in disguise to help you let go of control for once, and unwind a little bit more than you're used to.

But if you're worried about missing out on anything in the midst of feeling a little more tired than usual, or concerned about slacking in work or school, Wright recommends anticipating some of the chaos that might ensue by doing things like re-checking emails you're about to send, looking over your calendar to make sure you haven't missed an appointment, or pausing before saying something to make sure it's a true statement of how you feel or what you mean.

So when you look at this whole thing from Wright's perspective, Mercury retrograde seems pretty manageable, no? "When we get into the flow of the energy, Mercury retrograde is not that bad," she tells Elite Daily. In fact, the astrologer shares that in her 40 years of practice, she's never seen people panic over retrogrades the way they do these days. "It's hilarious to me," she says. Hey, someone had to say it, right?

At the end of the day, Wright says the best thing you can do is simply go with the flow, especially if you're feeling drained from all the soul-searching Mercury will encourage you to do.

"Having a backup plan helps you stay peaceful and calm, and that is the key to surviving a Mercury retrograde," Wright says. "Relaxing as much as possible is a great thing to do during any retrograde period."