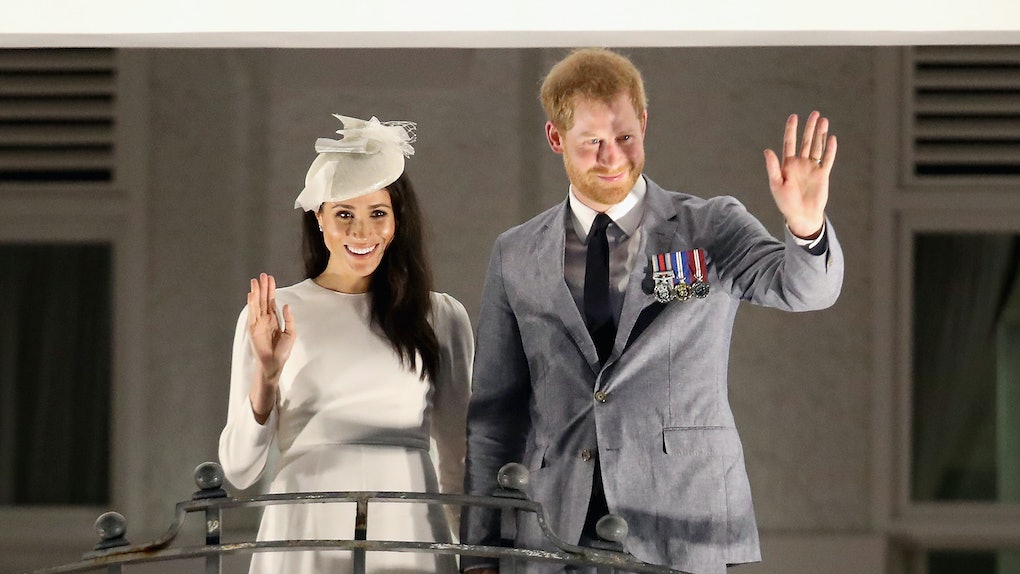 Will Meghan Markle & Prince Harry Spend Christmas Morning Together? They Might Not For This Reason

For people who celebrate Christmas, Christmas morning is often a pretty big deal. You wake up early in the morning and enjoy the pleasure of opening all the gifts under the tree alongside your entire family. One of life's greatest pleasures, as far as I'm concerned. Unfortunately, it's also one of life's many pleasures that certain royals will not get to take part in. Yep. If you're wondering, will Meghan Markle and Prince Harry spend Christmas morning together? The answer is looking like it could be a hard no.

OK, so here's the scoop. Meghan Markle and Prince Harry will be spending the holiday of Christmas together over at his grandma's place in Sandringham. (LOL, referring to Queen Elizabeth as Harry's grandma will simply never get old.)

Anyway, despite the fact that they'll be staying at the same place, there's a certain royal tradition that may keep them apart on Christmas morning.

What's this mysterious tradition, you ask? Allow me to explain. According to former royal chef Darren McGrady, it's standard for royal women to stay upstairs eating "a light breakfast" in their bedrooms while their male counterparts get to enjoy a more substantial meal downstairs.

"On Christmas Day, the ladies generally opt for a light breakfast of sliced fruit, half a grapefruit, toast and coffee delivered to their rooms," McGrady wrote in an article for The Daily Mail.

The men, on the other hand, have a different morning entirely. McGrady explains that they typically treat themselves to a more full meal of "eggs, bacon and mushrooms, kippers, and grilled kidneys."

Now, to be clear, this isn't a steadfast rule. I'm not a royal so I don't really have any intel but I bet the worst that would happen to Meghan if she wanted to join Harry for some eggs and bacon downstairs was a little side-eye from Queen Elizabeth and maybe the other dudes at the table.

And, to be totally honest, having breakfast delivered to my room doesn't even sound that bad. In fact, it sounds lovely. And so does the grapefruit! It's more the concept of being expected to do something because of your gender that doesn't sit quite well with me in 2018.

For those of you who may have been concerned about the gift-giving situation, don't worry. Even if Meghan decides to treat herself to a grapefruit upstairs while Harry chomps down on his grilled kidneys with da boiz, the two will have already had the chance to open gifts together the day before.

You see, McGrady explains that the royals don't open gifts first thing in the morning on Christmas Day, like most Americans do. Instead, they open their gifts in the afternoon on Christmas Eve. And their gifts aren't necessarily what you would expect from royals.

“The crazier and the more quirky is what they love. It’s not about something really amazing or a Cartier watch,” McGrady told People.

“Diana got upset once because she bought cashmere sweaters and she thought that would be nice, but they don’t do that," he continued. "Prince Philip would get a peppermill with a light on it and he would think that was hilarious.”

BRB, spending the rest of my life wondering what hilarious gag gifts Queen Elizabeth has planned for her fam.