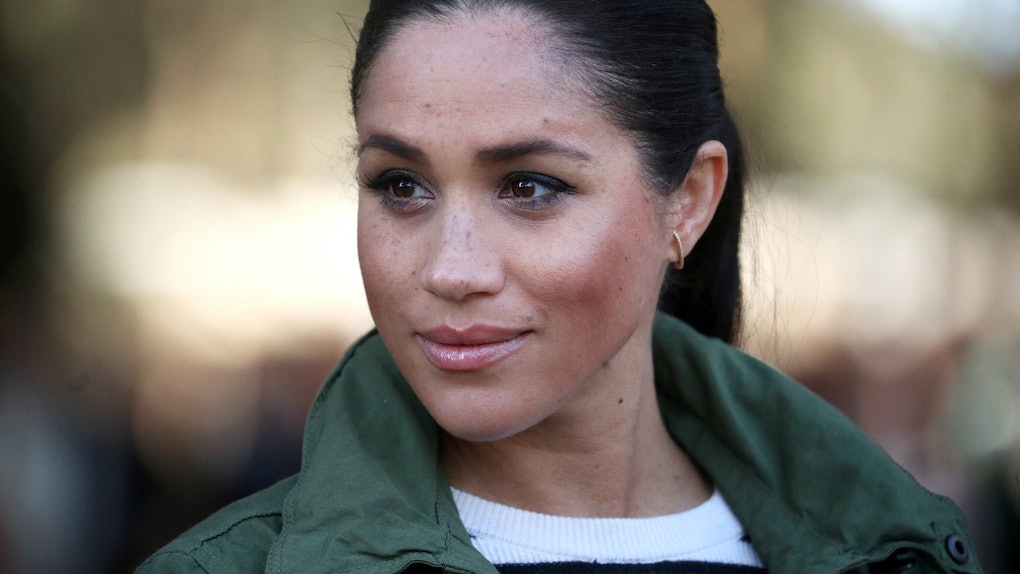 Will Meghan Markle Give Birth In The Lindo Wing? She May Break Another Royal Tradition

Baby Sussex is due to arrive any day now. While the world waits for the baby’s arrival, lots of things are going down behind the scenes in the royal family. Not only is the royal family anticipating the baby’s birth, but Prince Harry and Meghan Markle are also solidifying birthing plans. So, will Meghan Markle give birth in the Lindo Wing? Well, the answer to that is not so cut and dry at the moment.

According to Entertainment Tonight, there are several birthing locations being considered by Meghan and Harry. Elite Daily reached out to Kensington Palace for comment on the rumors, but did not hear back by the time of publication. Here’s where Harry and Meghan are reportedly considering having their baby:

One of the locations reportedly up for consideration is Lindo Wing at St. Mary’s Hospital in London, which shouldn’t come as a surprise to anyone. The Lindo Wing is where Kate Middleton birthed all of her children. Princess Diana, Prince Harry’s mom, also gave birth there. So, it makes sense that Meghan would consider it as well. According to a report from The Telegraph, the Lindo Wing was up for consideration back in January 2019. But a March 30 report from The Sun suggested that Meghan was no longer considering it.

Since there's a lot of uncertainty about the Lindo Wing, royal experts are also throwing other locations into the mix, many of them closer to home.

As you probably know by now, Harry and Meghan will be moving from Kensington Palace to Frogmore Cottage at Windsor Castle very soon. So, it makes sense that Meghan might want to give birth close to home. That’s where Frimley Park Hospital in Surrey comes in. According to a January 2019 report from The Daily Mail, Meghan was reportedly considering Frimley Park Hospital since it’s so close to her new digs and offers the kind of privacy she’s looking for.

“If their Royal Highnesses have moved to Frogmore Cottage before the birth, as planned, Frimley Park may be a more easily accessible option than St Mary’s,” a source told The Daily Mail at the time.

That makes sense, I guess. Now, if Meghan is worried about having easy access to a birthing location, then the next consideration is probably the most convenient.

“Meg wants a natural birth if she can have one. Her mother is very into anything that is holistic and natural, and having been brought up with yoga and mindfulness, it’s all very much part of Meghan’s birth plan,” the source said.

So, everything is still very much in the air right now when it comes to what's publicly known. I’m sure Meghan and Harry have everything all ironed out behind the scenes. I guess the world will just have to wait and see what happens when Meghan’s due date finally arrives!