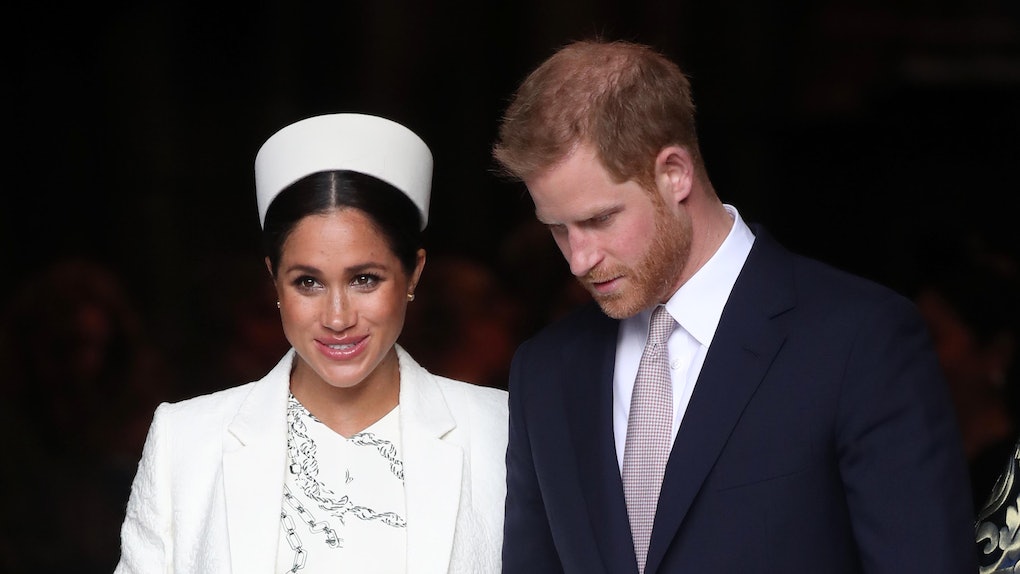 Will Meghan & Harry Have More Kids? They May Already Be Talking About Having More

The Duke and Duchess of Sussex just welcomed their first child on May 6. Now, it seems, the happy couple is already thinking about whether there’ll be more kids in their future. So, will Meghan and Harry have more kids? According to a new report from People, they’re definitely thinking about it! Elite Daily reached out to Buckingham Palace for comment on the report, but did not hear back by the time of publication.

In a May 7 report, a source close to the royal family revealed to People that Harry and Meghan already have more babies on the brain.

“They definitely want to,” the source said of the couple’s plan for future children. “Meghan has talked about having one more.”

As I previously mentioned, Baby Sussex was born on May 6. The official Instagram for Harry and Meghan announced the birth with the following statement:

The Duchess and baby are both healthy and well, and the couple thank members of the public for their shared excitement and support during this very special time in their lives.

In a subsequent Instagram post, they shared a video of Prince Harry absolutely gushing over Meghan and their new baby boy. Here’s a look at the video:

While it’s still early days for Harry, Meghan, and Baby Sussex as a family of three, there’s plenty to look forward to in the days to come. According to People’s source, Harry and Meghan have their new and spacious Frogmore Cottage residence to enjoy now that the baby has arrived. Their new digs also afford them lots of privacy to raise their baby in peace.

“There’s so much space for them to be able to take walks with the baby and their dogs and not feel like they are being preyed upon — that was the big thing,” the source said. “Meghan’s so happy there compared to Kensington Palace. It’s like night and day.”

In addition to taking advantage of the privacy of their new home, Harry and Meghan will obviously have an opportunity to enjoy just being a happy family. According to a source close to the royals, Prince Harry is especially excited to have a little one of his own.

“Harry has wanted this family life for a while, and he’s going to love it,” the source told People. “He’s always enthusiastic with children, and now he will have his own little world that he has dreamed of for a long time.”

Well, it certainly sounds like Harry and Meghan are super happy with how their family life is starting out so far. They totally deserve all the happiness that’s coming their way right now. They’re such a lovely couple and to watch them grow their family will be an adventure in and of itself, especially for royal enthusiasts all over the world. Congrats Harry and Meghan!

More like this
Will Prince Harry Attend Prince Philip's Funeral? He's Reportedly Planning On It
By Cianna Garrison
Chrissy Teigen's Quotes About Giving Up Dieting Are So Refreshing
By Brandy Robidoux
Are Meghan & Harry Getting Paid For Their Netflix Show? Here's The Deal
By Sydney N. Sweeney
Stay up to date