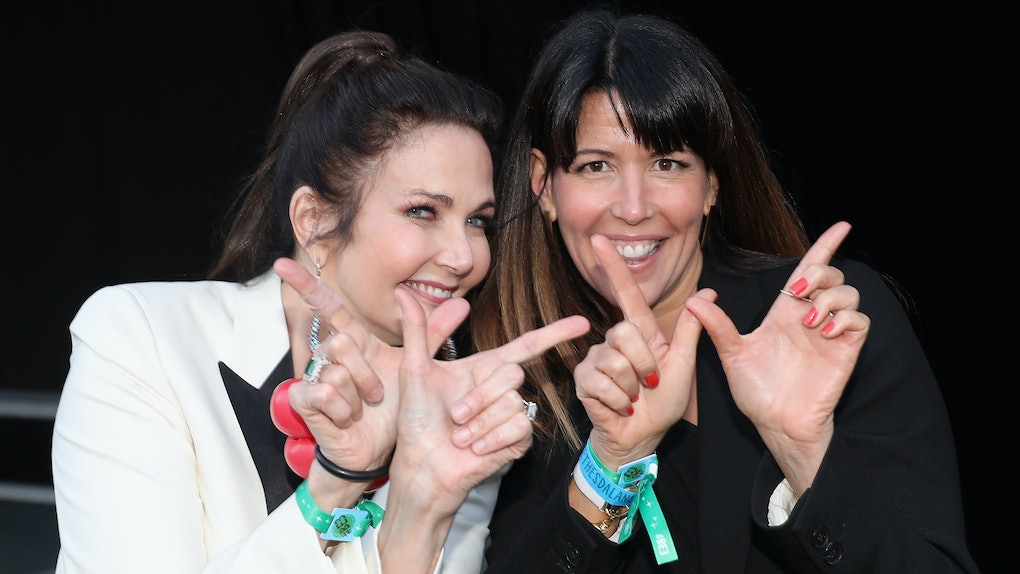 Will Lynda Carter Be In The 'Wonder Woman' Sequel? The OG Star Could Make A Cameo

Warner Brothers announced this week that they are retooling the division that produces the DC Extended Universe films after the crushing disappointment that was Justice League last November. At this point it has only one success story in its short run of five films, and that's Wonder Woman. That means all the eggs are now in director Patty Jenkins' basket, at least until someone else can make a successful film. (James Wan's Aquaman is the big hope for 2018.) But what is Jenkins planning to do with her free range? Will Lynda Carter be in the Wonder Woman sequel?

Jenkins says that Carter, who is the original Wonder Woman, isn't a done deal for the second movie, but it's not for lack of trying. Talking to Canada's version of Entertainment Tonight, she said that Lynda Carter was a goal for the original movie, it was just that timing and schedule couldn't be worked out to line up.

Lynda is one of the dearest people to us, has been a great mentor and dear friend. And we actually desperately tried to get her in the first one and we had the scheduling that couldn’t work, so she’s always been a part of our Wonder Woman family. We won’t say anything yet, but we certainly—there’s no lack of trying.

They might not have gotten her in the first film, but she was there for the red carpet, and it was obvious that she and Gal Gadot are great chums.

As for other details on the second film, Jenkins doesn't quite come out and say "Stop calling it Wonder Woman 2!" but she does say that they aren't approaching this film as a sequel to the first one. Unlike many "second films" in a series, this isn't a "more of the same, except moreso" movie. For her, each of these films is a stand alone adventure, just one that happens to involve some of the same characters..

We’re actually making a totally different film with a lot of the same, similar like things that we love, but it’s its own movie completely, so it’s not ‘two’ to us. It’s an entirely new adventure together that we couldn’t be luckier [to do].

This sounds like a perfectly sensible way of going about making a film about someone like Diana. As fans know, Diana Prince is immortal. She's not going to age, which means that, in order to keep her cover, she needs to kind of keep moving in order for normal people to not notice that they're aging and she's not. That means that the time jump from World War I to World War II would probably see Diana surrounded by a new cast of characters. (Jenkins has suggested she'd like to set the next film in the late 1930s.) The only one we hope will cross over? Etta Candy, who would be the only one to know Diana's secret.

Now that Wonder Woman has arrived and dominated the box office, Jenkins is free to go do whatever she likes with the series, including changing the way we view these sorts of trilogy films for stand alone heroes.

Patty Jenkins' next installment in the Wonder Woman franchise is slated to arrive in theaters everywhere on Nov. 1, 2019, and fans are looking forward to even more female power.