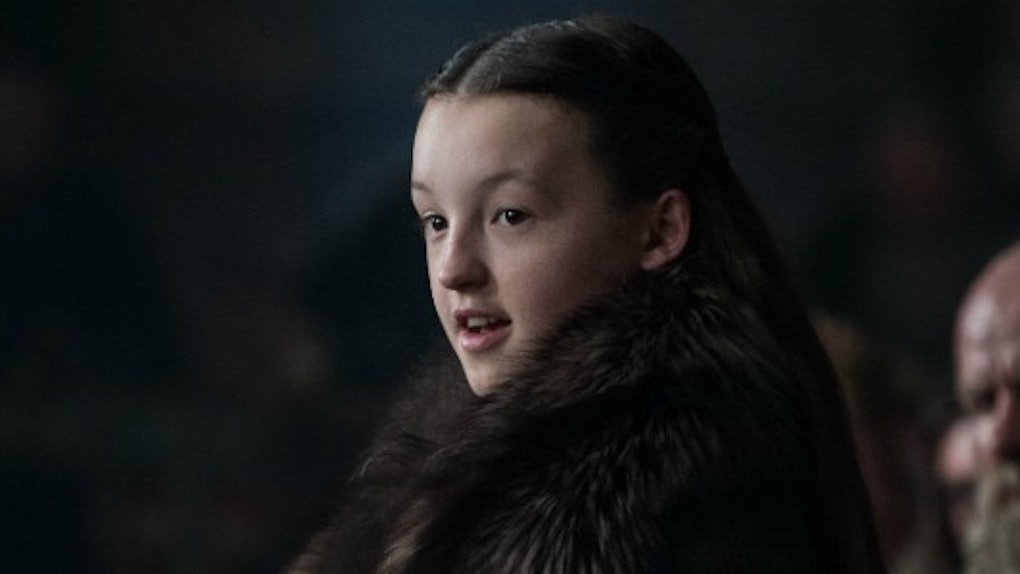 With the Night King's army set to head to Winterfell on Sunday, April 28, Throners are bracing themselves for the inevitable loss of some of the show's biggest players as well as some characters who, while not at the center of the fight for the Iron Throne, are beloved by audiences just the same. Ahead of the Battle of Winterfell, you might be wondering: Will Lyanna Mormont die in GOT Season 8, Episode 3? Here's why fans don't think her chances of survival look particularly good.

Since first appearing in Season 6, the pint-sized Lady of Bear Island has proved that age is just a number while stealing every scene she's in. Whether she's mouthing off to her cousin Jorah when he *gasp* dares to suggest that she stay safely in the crypt with the other women and children when the battle commences or putting Jon Snow in his place in front of all the leaders of the North by telling him, "You left Winterfell a king and came back a b— I’m not sure what you are now," it's safe to say that the head of the House Mormont does not hold back when it comes to speaking her mind.

Unfortunately, despite Lady Mormont's strength of character and tenacity, fans are guessing that she's likely to be one of the casualties during the Battle of Winterfell. While she's pledged to fight for the North at all costs, Lyanna has never been up against an army of White Walkers and Wights — And her scene with Jorah where he fails to convince her to stay behind in the Winterfell Crypts seems to foreshadow her fate. Still, knowing Lyanna over the past few seasons, I'm guessing that she won't go down without a fight and without bringing down plenty of the undead army's warriors with her.

However, despite the fact that Lyanna's chances of surviving the Battle of Winterfell look pretty slim at this point, that doesn't make it any easier. Stans of the small but mighty Lady of Bear Island are already mourning on Twitter and anticipating her grand last stand.

In an April 18 interview with The Cut, the 15-year-old actress who brought Lyanna Mormont to life opened up about what she loved most about the role — and honestly, it'll make you love her even more.

"I think the opportunity to stand up in front of a load of grown men and shame them," Bella Ramsey told the publication. "I think playing confident characters also helps with your own confidence. Say you’re in a situation where you’re feeling anxious or nervous — you can become a character and work through it that way. I’ll miss that about her."

Lyanna is likely just one of many beloved characters who will fall during the highly-anticipated Battle of Winterfell, so I'd mentally prepare yourself before Sunday's episode comes around. Again, the third episode of Season 8 airs on HBO on Sunday, April 28 at 9 p.m. ET, so you can see Lyanna and everyone else who's resisting the Night King at Winterfell make their stand then.