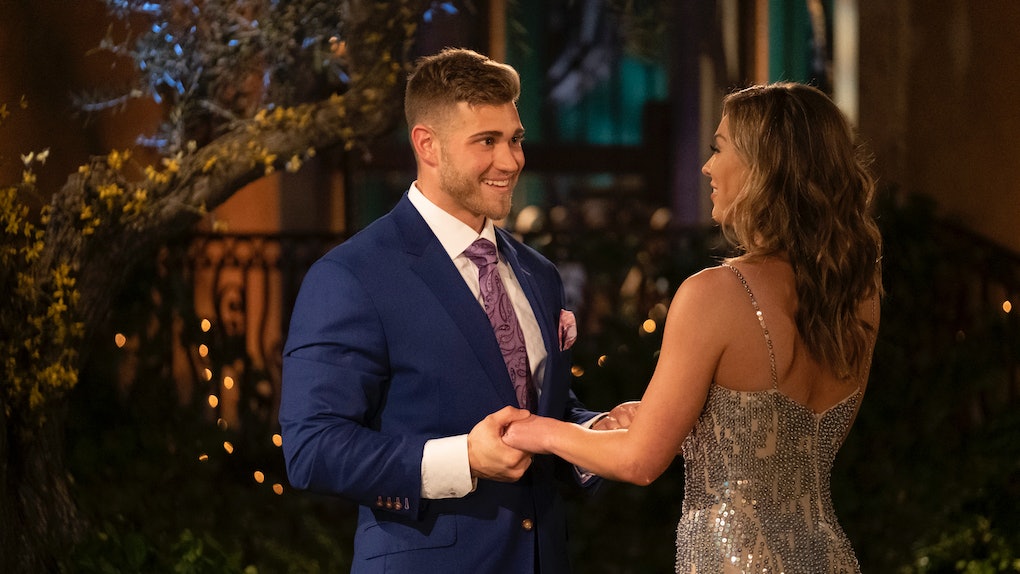 Will Luke P. Win 'The Bachelorette'? The First Impression Rose Has A Long History Of Success

Women are taught to trust their gut feeling, and if there's anything that proves this is worthy advice, it's the past four seasons of The Bachelorette. Since 2015, each leading lady has given Night One's first impression rose to the man who ultimately proposed to her, and three of those four couples are still together in 2019. Given this strong pattern, will Luke P. win The Bachelorette? Since Hannah Brown gave her first impression rose to him, all eyes will be on him throughout Season 15.

Prior to Kaitlyn Bristowe's season of The Bachelorette, the first impression rose was basically just a formality. Its recipient usually went on to receive plenty of screen time, but he or she rarely became a serious contender for the lead's heart. But Season 11 Bachelorette Kaitlyn changed the tide when she fell for Shawn Booth, the winner of her first impression rose, and became engaged to him. JoJo Fletcher, Rachel Lindsay, and Becca Kufrin followed in her footsteps, rewarding their first roses to the contestants who ultimately proposed to them by the end of their seasons.

Flash forward to the present day, and JoJo, Rachel, and Becca are still engaged to their first and final rose picks, while Kaitlyn and Shawn were together for three years before splitting in November 2018. Clearly, these women knew right from the start who they could have a substantial relationship with, so will Hannah continue the trend? Luke P. certainly has an advantage with his special rose intact, but the season teaser implies that he may not have a smooth ride to the finish line.

The Season 15 preview released during the Bachelorette reunion special delves into the drama and romance ahead, but it also teases potential villains. Cam, who received a rose on the night of Colton Underwood's "After the Final Rose," seems to clash with people because of his personality, while Luke P. doesn't appear to get along with the other men at all. In one scene, Hannah confronts him about the group disliking him, while contestant Mike tells the camera that Luke is "an evil, pathological liar." Luke is then seen yelling in another man's face and shaking off Mike's claims that he's violent and aggressive.

If engagement to Hannah is in Luke's future and these preview snippets prove true, it may mean a controversial season in fans' eyes. Although he received a clean edit on The Bachelorette, Season 14 winner Garrett Yrigoyen caused a stir in Bachelor Nation when he was found to have liked Instagram posts mocking feminists and trans people, among other things. Garrett apologized for the social media activity and people have warmed up to him and Becca as a couple, but knowing this information early in the season definitely put a sting on watching Garrett advance in the competition.

If something off camera affected fans this much, how will they react to a frontrunner acting as intensely as Luke is in the promo? Bachelor Nation will have to wait and see how Hannah and Luke's relationship progresses, but winning the first impression rose definitely isn't the last we've seen of him.