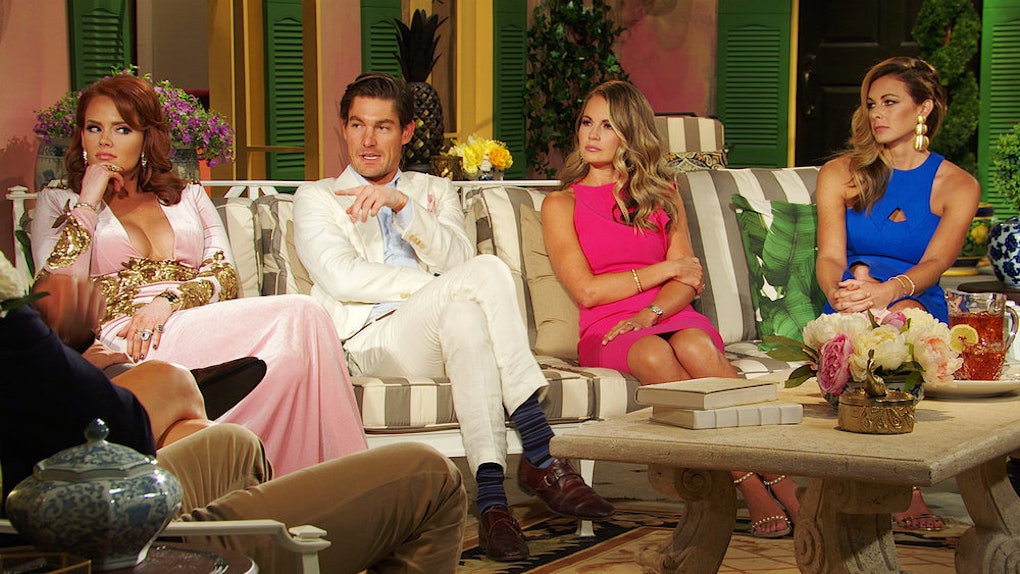 Will Kathryn Calhoun Dennis Be The Bachelorette? She's Apparently "In Talks About It"

One of the only things we can always rely on is the Bachelor franchise's cyclical nature. Each Bachelor season debuts on or soon after New Year's Day, and with that fresh start comes a crop of women we'll inevitably grow very familiar with throughout the year. One is usually destined to be the Bachelorette, while the others will hit the beach on Bachelor in Paradise. The thought of ABC ruining this pattern in picking leads is baffling, but the network is apparently considering it. A Southern Charm star has revealed that she's "in the talks" of starring on the show, so will Kathryn Calhoun Dennis be the Bachelorette?

In case you aren't a Bravo junkie, its reality series Southern Charm recently wrapped its fifth season of following Charleston socialites as they aim for professional peaks and search for love in the Holy City. 27-year-old Kathryn Calhoun Dennis has been on the show since the start, originally presented as a Charleston native with family roots deeply embedded in South Carolina politics — her grandfather was a state senator for 50 years. In recent years, she won respect from Southern Charm fans for her honesty about her custody battle with fellow cast member and ex-boyfriend Thomas Ravenel, with whom she shares two young children.

Now sober after a stint in rehab and peacefully co-parenting with Thomas, Kathryn fueled rumors in Bachelor Nation about her future casting when she answered a fan's Twitter question about being the Bachelorette. When the fan asked Kathryn if she'd ever become ABC's leading lady, the TV star revealed she's "kind of in talks about it." She even teased her followers even more when another fan said she should be the next Bachelorette and she tweeted, "Maybeeeee."

There could also be some logistical complications with Kathryn moving from Southern Charm to The Bachelorette. Bravo is a NBC-owned network, so ABC highlighting her past on the series might not be OK legally. If her fans have anything to do with the decision, Kathryn being the Bachelorette wouldn't exactly be the best solution to her love life's current status. Her Twitter followers' opinions on this possibility are mixed, but many seem to be against her looking for love that way.

On the other hand, some fans are totally digging the idea. We haven't had a single mom as Bachelorette since Emily Maynard's season, and the culture has changed so much since then that it would probably be enlightening to see how the show portrays Kathryn's life as a mother.

As tempting as this grand departure from tradition would be, the likelihood of it happening still seems slim. Bachelor Nation loves its patterns, and at the end of the day, fans just want the woman whose heart the Bachelor broke to receive the star treatment on The Bachelorette. We'll have to wait and see how next season of The Bachelor goes before wondering if there's truth to the tea Kathryn has spilled.