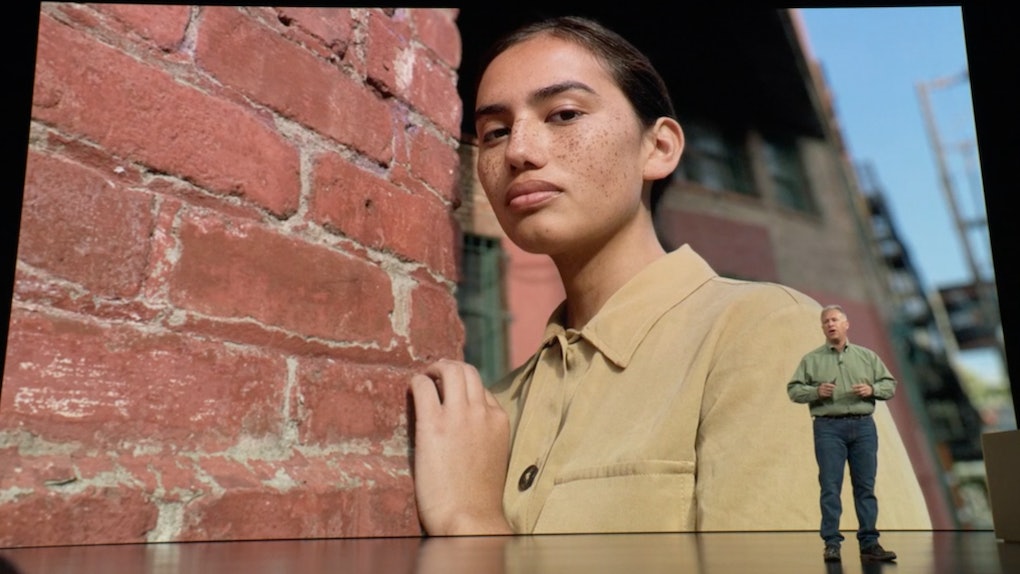 Will iPhone XR Have Portrait Mode? The Camera Is So, So Nice

With its jaw-dropping $749 price tag, it's not surprising that the hype for the iPhone XR has almost eclipsed its pricier counterparts, the iPhone XS and the iPhone XS Max. While the cost of the 6.1-inch LCD iPhone runs significantly under that of last year's X model, there are a few huge benefits to the lower budget model, and you might be wondering whether the iPhone XR will have Portrait Mode. If you're looking to snap professional-quality selfies with your new phone, you'll definitely want to consider Apple's unlikely breakout iPhone.

Ever since news broke that Apple would be previewing a phone without some of their current models' more advanced features, people have been speculating on what the big differences are between 2017's iPhone X and the XR, which was previously referred to as the iPhone 9. While the lower price point was obviously a big draw, customers were concerned about Apple rolling back some of the fun features and improved performance and speed that we've all come to expect from the iPhone X. A big part of that was the phone's revolutionary double cameras, which gently blurred the background of an image while focusing on the subject in the foreground with Portrait Mode.

While everyone assumed that the iPhone XS series would be the only phones get the same treatment, Apple confirmed during its annual fall gadgets preview on Wednesday, Sept. 12 that, despite the fact that the iPhone XR only has one rear-facing camera, it will still boast all the focus capabilities of the iPhone XS and XS Max, including Portrait Mode. That's huge because previously, all Apple phones with the Portrait Mode capabilities had two lenses: a 12-megapixel wide-angle lens and a 12-megapixel telephoto lens, according to Business Insider. The telephoto lens snapped the image while the wide-angle lens did the hard work of measuring depth and figuring out what should be blurred in the photo. In general, the part of the photo that's closer to the subject is sharper compared to the areas that are farthest away, which creates a clean and stylized shot that's comparable to that of a DSLR camera.

Unsurprisingly, when Apple first debuted Portrait Mode, amateur photographers everywhere were quick to jump on the feature. Not only did Instagram roll out its selfie-perfecting answer with "Focus Mode," but Samsung's Galaxy Note 8 started featuring "Live Focus" while the Google Pixel boasted a "Lens Blur" feature, per Business Insider. Apple later kept the feature when it released its iPhone 8 Plus and its iPhone 7 Plus, and a new and improved version made its way to the iPhone XS series with improved depth lighting and the ability to edit the depth of a photo after it had been shot.

Get ready for more iPhone images that look like they could have been taken on a professional camera, because it turns out that the iPhone XR does boast those photo capabilities, in addition to a few more practical updates that are in line with the XS models. In addition to new technology bringing Portrait Mode to a one-camera phone, the iPhone XR boasts portrait lighting, smart HDR, and even a depth control feature that lets you adjust your photo's depth of field after you've taken the shot. Consider my mind officially blown.

Again, it's a total steal at only $749, so that plus the fact that Phil Schiller promises that "You can take some of the best selfies you've ever seen" means that there's no reason not to purchase it when it's officially released on Oct. 26.