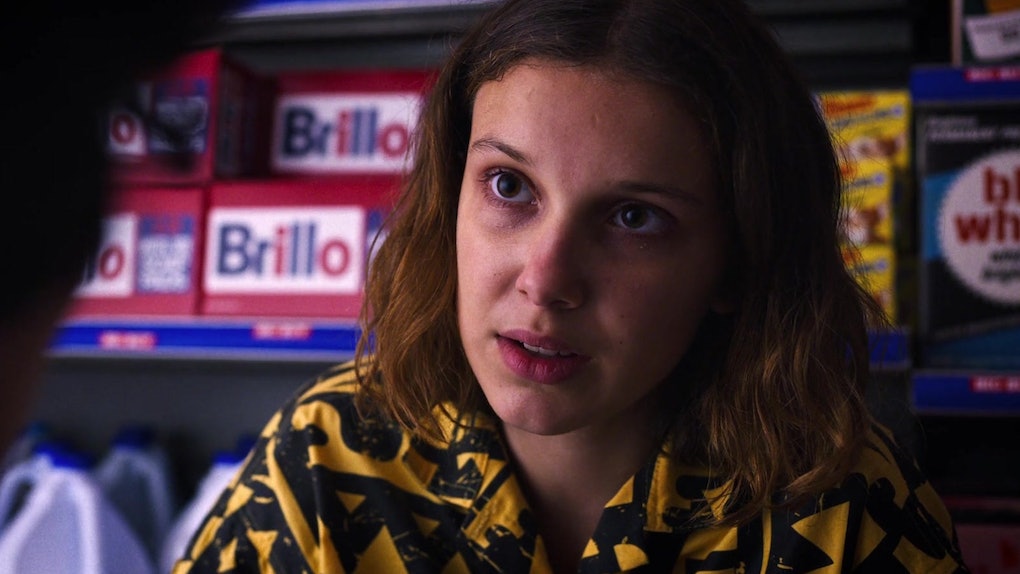 Will Dr. Brenner Return In 'Stranger Things' Season 4? He May Be The Key To Eleven's Powers

The final moments in Stranger Things Season 3 left fans with a ton of lingering questions, so even though Netflix has yet to officially pick up its hit sci-fi series for a fourth season, every fan is already coming up with theories about what could happen next. One particularly convincing theory that has popped up guesses that a character that has been absent from the recent seasons may make an important reappearance in the next season. So, will Dr. Brenner return in Stranger Things Season 4? Here's why fans think Eleven's "Papa" will play a major part in the upcoming episodes.

Spoiler alert: This post contains spoilers from the Season 3 finale of Stranger Things. Two of the biggest mysteries that we are left with at the end of Season 3 are what happened to Eleven's powers and who is the American being held captive in that Russian prison. The prevailing theory on the latter mystery is that Jim Hopper managed to survive the explosion believed to have killed him by using the dimensional gate to travel to Russia, but so far, fans do not really have a handle on what is going on with Eleven. At the end of the season, Eleven suddenly lost her telekinetic powers without explanation.

Since her powers are not coming back on their own, Eleven will likely have to seek out special help to try to regain her abilities and understand why they left her in the first place. That is why fans think Dr. Brenner will be returning in Season 4. After all, who else could Eleven possibly turn to when trying to reconnect with her powers than the man who helped form them in her.

As a refresher, Dr. Brenner was thought to be dead after the Demogorgon attack in the Season 1 finale, but in Season 2, Eleven joined up with a fellow powered child named Kali to attack a former Hawkins Lab worker, who revealed that Brenner was still alive. Eleven never used her powers to search for Brenner, and he only appeared in Season 2 as illusions created by Kali, so his whereabouts are completely unknown.

There is actually a pretty strong fan theory claiming that Dr. Brenner could be the American in the Russian cell at the end of Season 3. Some fans think that he would make more sense in that role than Jim Hopper would, considering that it would explain his absence since Season 1 and it would also explain how the Russians found out about the dimensional gate and the tech to open it. If that is the case, then Eleven and her gang will need to travel all the way to Russia in order to get his help in reactivating her powers.

The other feasible option is that Hopper is the one locked up in Russia and Eleven will set out to find Dr. Brenner elsewhere to regain her powers, and then use her tracking ability to confirm that Hopper is still alive across the globe. Either way, though, it seems to make sense that Dr. Brenner will be back for a crucial role in Season 4.