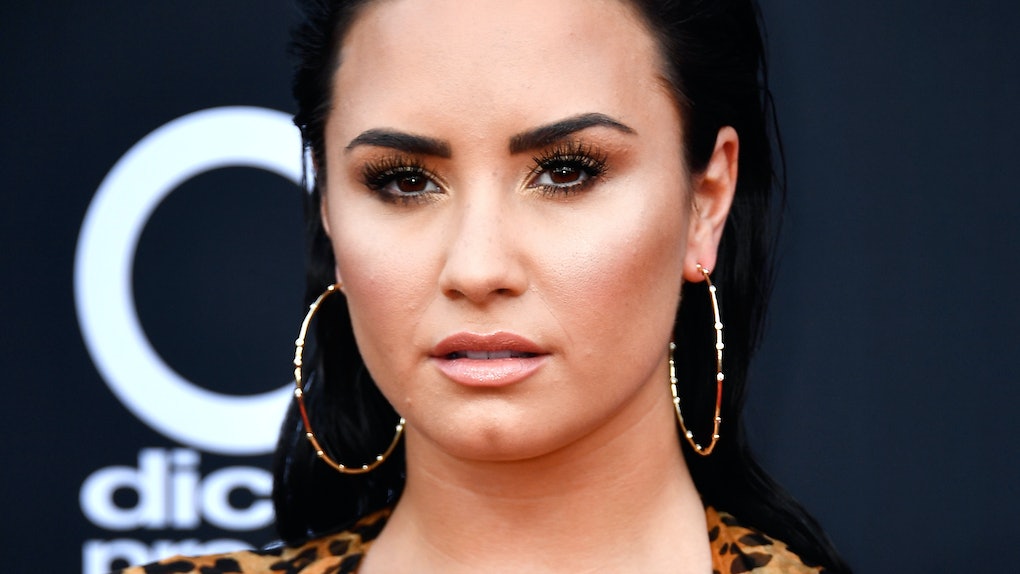 Will Demi Lovato Release An Album In 2019? She Just Hinted More Music Is Coming

Brace yourselves, new Demi Lovato music is coming. The "Sorry Not Sorry" singer has been on a posting spree on her Instagram story since her birthday on Aug. 20, reposting happy birthday wishes from her friends as well as her own content. Some of that content included a heavy hint that she has new music on the way! So, will Demi Lovato release an album in 2019? The odds seem to be in Lovatics' favor.

Lovato turned 27 on Aug. 20. To celebrate, she checked out Ariana Grande's concert in London with her new manager, Scooter Braun, who is also Grande's manager. (You probably heard about his drama with Taylor Swift, which also involved Justin Bieber — another artist Braun manages.) Lovato's posts during the concert showed her getting her whole life that night, and showed how pumped she is to be working closely with Braun. With clients like Grande and Bieber on his roster, it would only be natural for Lovato to be excited to create her own glow up with Braun by her side.

To prove how excited she is about this partnership, just look at her Instagram caption announcing she had teamed up with Braun:

Now that she has her new representation all lined up and that relationship is growing stronger, Lovato apparently has her eyes on releasing new music, which tracks timeline-wise, considering her last album (Tell Me You Love Me) released two years ago. (Artists frequently release new music every two years, with tours in between.)

So color fans ecstatic when this showed up on her Instagram story on Aug. 21.

It was a photo of Lovato posted by her friend, Blush, who appears to be a musician who has worked with Lovato, according to Lovato's caption, which read, "You are so essential to this album and I'm forever grateful for what we've created together.. love you sis."

Ooooo! You see what she said there? She said "so essential to this album." THIS. ALBUM. Oh yeah. A new Lovato album is on the horizon.

And the reveals didn't stop there!

Lovato reposted a photo producer Oak Felder (with whom she worked on "Sorry Not Sorry") and said, "We got f*cking FIRE coming soon!!! Can't wait to continue this journey with you fam. Love you." Oh, yeah? Do you, Demi?! Tell us more! Literally!

None of her Instagram stories revealed any kind of hint about a song/album release date, unfortunately, but 2019 is still young(ish), so maybe fans can expect an album to fall like an autumn leaf once the summer is over? Or maybe it will be a Christmas gift! Please, Demi, tell us you love us by dropping this before the new year.