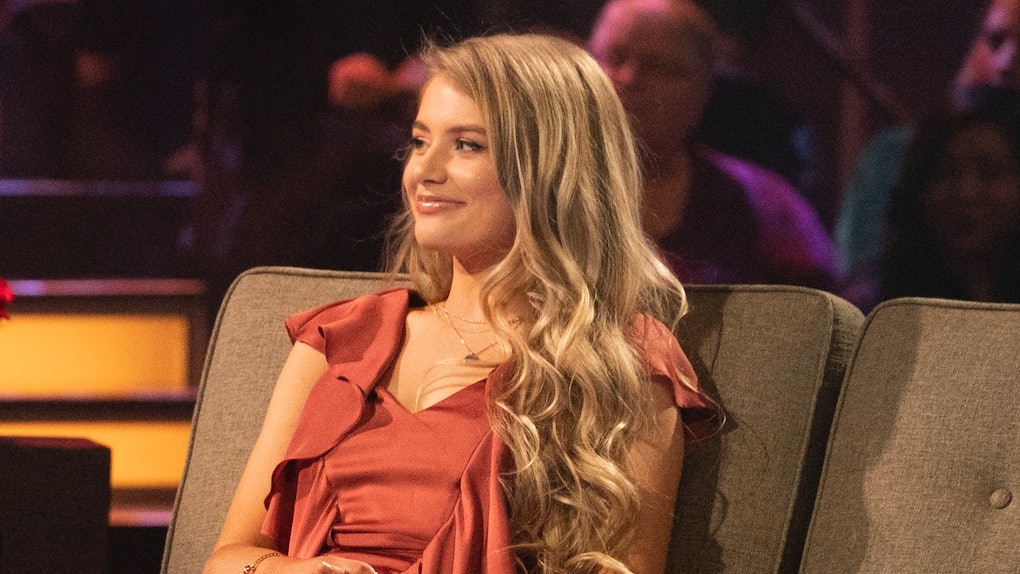 Will Demi Be On 'Bachelor In Paradise'? Here's What Bachelor Nation Knows So Far

Every season of The Bachelor has that one girl who we know doesn't have a chance with the lead. Regardless of that fact, this contestant will get more than comfortable with the platform the show has given her. This year, that label went to Demi Burnett, who stirred trouble in Bachelor Mansion that she compensated for with solid one-liners. Chris Harrison hinted at her future in the franchise on last week's "Women Tell All" special, but will Demi be on Bachelor in Paradise? She's open to the opportunity and fans are on board with the idea, but Demi also has a surprising take on people's views of her.

From telling Colton Underwood that she hasn't dated a virgin since she was 12 to taking him into her "fantasy closet," Demi kept the first half of The Bachelor Season 23 lighthearted. The 23-year-old sometimes clashed with other contestants, particularly Tracy and Courtney, the latter of whom was compelled to shove a pacifier in Demi's face during "Women Tell All." The act spoke to anyone who can't deal with Demi's often childlike behavior, but for the most part, Bachelor Nation loves her confident wittiness and penchant for drama.

Of course, Bachelor in Paradise is made for contestants like Demi, and after Harrison teased that we would see her in the future, the Texan has spoken about her possible Paradise casting. Speaking to Glamour, she said:

I think both [Paradise and The Bachelorette] are opportunities that could result in a relationship or more self-discovery, but it is slightly offensive when people are only thinking Paradise, Paradise, Paradise. They think I’ll be so fun there, but I have a better shot at finding somebody on The Bachelorette. I'd have more guys who would be loyal to me, whereas in Paradise a new girl could walk in at any second and they’ll just dump me and I’ll be hurt all over again. So that’s just kind of the struggle there. But I’m open-minded, so we’ll see.

Demi has a point about heartbreak being far more common on Paradise, but if you asked the internet, her friend Hannah B. is running quite the popular Bachelorette campaign. If the leading lady title is in the cards for Hannah, Demi can stop by for a visit on her season and feel assured that there's a beach chair in Mexico with her name on it.

For now, Demi can certainly play hard to get with Paradise producers as much as she wants. But if many fans are pulling for Hannah as Bachelorette, they're definitely rooting for Demi on Paradise.

As for what Demi is doing until her summer plans are finalized, she told Glamour that she quit her job to pursue the influencer lifestyle. Well, I can't say that I'm surprised, but you do you, girl! Here's to hopefully seeing you rule the beach on Bachelor in Paradise. In the meantime, we can watch out for Paradise's official cast announcement around June 2019.