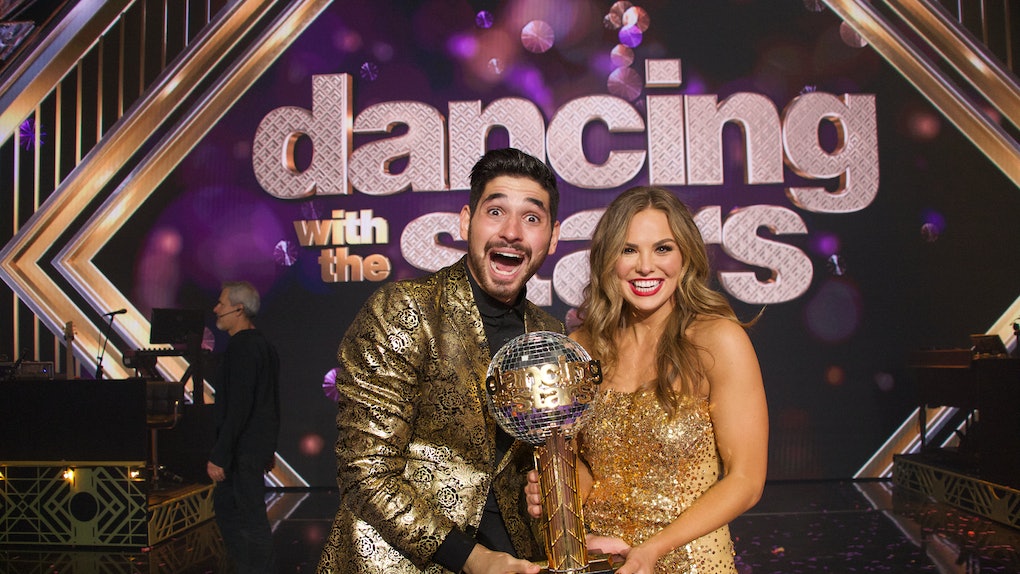 Will 'Dancing With The Stars' Return In Spring 2020? Don't Expect It

Dancing with the Stars has graced screens for 28 seasons, pitting television stars, film actors, musicians, athletes, and internet personalities against one another in a dance competition to win the coveted Mirrorball Trophy. But despite its long history on ABC's Monday nights, the future of the DWTS is in the air: It looks like Dancing with the Stars will not return in Spring 2020, and there's no official word when it might come back.

While there's a slight chance DWTS is cancelled altogether, there's much more reason to believe the show is simply taking a hiatus and will come back in fall 2020. This wouldn't be the first time DWTS took a breather between seasons; despite airing two seasons (one in the spring and one in the fall) per year since 2004, the show didn't have a spring run in 2019. Obviously, the show came back for the fall 2019 season, so this could be the case again for 2020.

Back in February, ABC president Karey Burke told reporters the network was having "conversations" about DWTS returning for its typical two-season schedule for 2020. However, without a spring 2020 air date, it looks like the decision was "no," at least for this coming year.

On the bright side, the year-long hiatus would give the professional dancers a well-deserved break from the vigorous schedule that comes with teaching celebrities how to tango, foxtrot, and boogie. It also gives producers more time to brainstorm new ideas to keep the show fresh and recruit some top-tier talent for the celebrity lineup. “Resting the show does help us really, really focus on talent and … help us go after talent,” Burke said about 2019's break.

The interest in keeping things fresh might be a good decision for the show that seems to have had trouble keeping viewers interested the past several years. Recent reports indicate the series has lost viewers over time, dropping from 9.3 million viewers in 2017 to 7.12 million in 2018, and then down to 6.7 million in 2019.

Some loss in viewership might be attributed to some controversy that has impacted the past two seasons. For example, country music radio host Bobby Bones' Season 27 win was considered highly contentious. Because of the way scoring was calculated, Bones' high fan votes allowed him to win Season 27, despite often earning poor scores from the show's official judging panel. During the long break between seasons that followed, producers shifted the way voting was done to avoid similar situations in the future.

The (likely) spring 2020 break comes after — but isn't necessarily caused by — another controversy, in which ABC received severe backlash after casting former White House Press Secretary Sean Spicer in Season 28.

Controversy aside, the potential year-long break could be just what producers need to come up with ideas that will keep viewers engaged for the next season. Audiences will have to stay tuned for official announcements from ABC to see if, and hopefully when, the show will return.