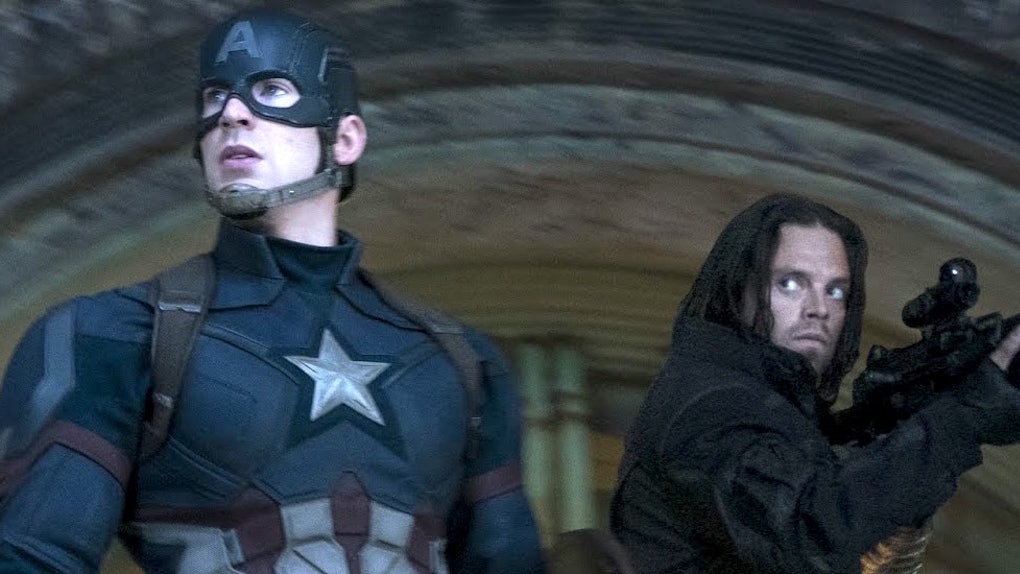 Will Bucky Be The New Captain America In 'Avengers 4'? Fans Think New Avengers Are Coming

It is almost the end of an era, or at least, that is what most Marvel fans think now that that Avengers: Infinity War is in the rear-view and Avengers 4 is on the horizon. After that bombshell ending to Infinity War, fans are predicting that Marvel will close out its Phase Three by doing away with its original stars and making way for a new batch of Avengers. So, will Bucky be the new Captain America in Avengers 4, and what other Marvel heroes should we expect to say goodbye to in next year's movie? Let's get into all the theories about the game-changing new movie.

Spoiler alert: Of course, I'm going to have to spoil Avengers: Infinity War to talk about Avengers 4, so be warned. Before Infinity War came out, Marvel fans were predicting a ton of heroes would bite the dust. It turns out, they were right... but not totally about which ones died. The major death theories centered on Captain America and Iron Man, two of the longest-lasting Avengers. After a decade and scores of movies within the franchise, most fans (and even the actors) are predicting that the OG Avengers will step aside in one way or another before Phase Three ends, in order to create some space for the franchise's newer heroes to take up the mantle.

So how will fans be saying goodbye to the core Avengers in Avengers 4? Well, the most popular fan theories right now (including this one from Reddit user wafflestomp2014) are predicting that Captain America will die in the final battle against Thanos, and knowing Cap, it will probably be a sacrificial move to help save the universe. Specifically, fans think Captain America may use the Infinity Gauntlet to take out Thanos, but also kill himself since he cannot handle the full power of the Infinity Stones. Cap's death would open up his bestie Bucky Barnes to take up the shield as the new Captain America in Phase Four, which is something that has happened in the Marvel comics.

There is also the possibility that Iron Man could die, but Infinity War seemed to lay the groundwork for a different farewell for Tony Stark. Throughout the recent movie, Stark's fiancé Pepper Potts urges him to give up his dangerous life as Iron Man, and we also get hints that she may be expecting a baby. Because of these clues, it is looking like Stark may actually survive the final battle against Thanos, but then decide to hang up his Iron Man suit for good and retire to a quiet life with Pepper. And, we have seen Stark grooming Peter Parker to replace him on the Avengers, which means Iron Man's retirement is also Spider-Man's big promotion.

It's unclear what might happen with Thor, Hulk, Hawkeye, and Black Widow, but the rest of the original Avengers will likely take a step back at the end of Avengers 4 as well. Some fans think Hawkeye is another hero that might get killed in the final battle, and there's also a guess that Bruce Banner and Black Widow will end up getting married and leave the superhero life behind them.

However we say goodbye, it definitely seems like a possibility that Avengers 4 will spell the end for the Avengers as we know them, and usher in the new era of Marvel heroes. It seems likely that this new era will follow a similar format to the comics' New Avengers, which is a team in the comics that included both Spider-Man and Bucky Barnes as Captain America. Whereas the comic-book team also included Luke Cage, Wolverine, and other heroes not yet introduced in the Marvel Cinematic Universe, the movies' New Avengers team will likely be rounded out by Black Panther, Ant-Man, and Captain Marvel.

So, get ready for one last hoorah with the OG Avengers next summer!