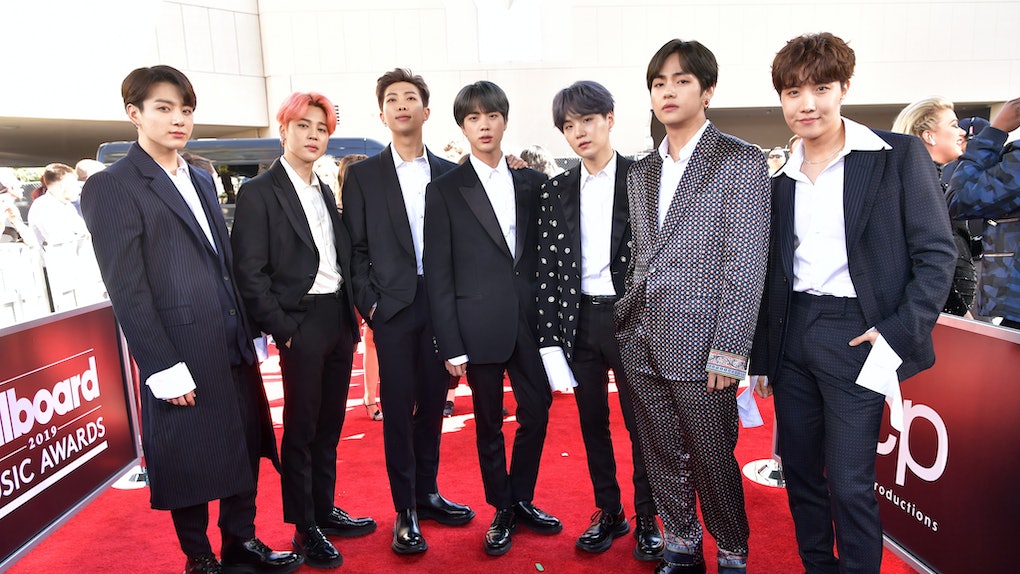 Will BTS' Comeback Be In November 2019? This Fan Theory Is Convincing

Summer is over, and so is BTS' break. The group took a bit of a respite this year, at which time they got to have some well-deserved time off from their hectic work schedules. Many of the seven members chilled at home in South Korea for their 2019 break, while others traveled around the world. But now all signs point to BTS' break being over. That means it's comeback time, baby! So, will BTS' comeback be in November 2019? The BTS ARMY has a pretty solid theory that it is.

For those who aren't privy on how BTS' schedule works, "comebacks" are part of their yearly pattern. They put out an album (the comeback), do a media blitz to promote, tour the album, and then wash, rinse, repeat. It seems as though RM, Jimin, V, Jungkook, Jin, J-Hope, and Suga are gearing up for said comeback, as they were seen at the Incheon International Airport in South Korea recording themselves with Go Pros. They could be filming some more Bon Voyage content (the reality show they put out once a year on VLIVE), before they return to Korea to perform the final shows of their Speak Yourself tour and, presumably, put the finishing touches on their new album.

That brings us to their next comeback and the ARMYs theory as to why it's coming in November 2016. Well, there are rumors that BTS could be performing at iHeart Radio's Jingle Ball this year. Big Hit addressed the rumors, but in a way that neither confirmed or denied them, leading fans to believe they're just biding their time to confirm the performance. That possible performance has led to a fan theory about when BTS' comeback will be.

Jingle Ball typically goes down during the latter half of November, so if their comeback is coming before then, that means the BTS comeback could be in the early weeks of November shortly after they wrap their Speak Yourself tour.

Jingle Ball always has a lineup of big-name artists, like Taylor Swift and Ed Sheeran, for example. Some of the favorite names in music perform at that festival, which tours around the country and has a revolving lineup for each show, so BTS being asked to be part of that impressive roster of artists would mean they're considered to be on the same level as the biggest names in music (because, like, obviously!). The group's efforts to achieve U.S. music success would hit a new height by performing at Jingle Ball, so ARMYs are cautiously excited about the possibility.

Plus, the comeback performance and the possible Jingle Ball performance means American fans could have two more opportunities to see BTS before 2019 is up. Keep your eyes peeled, ARMYs! Who am I kidding? I don't need to tell y'all that. Y'all are committed.

More like this
Will BTS' 2021 Comeback Be At The BBMAs? This Fan Theory Is Pretty Dang Convincing
By Michele Mendez
These Tweets About BTS' 'Bang Bang Con 2021' Sum Up The Epic Performance
By Cianna Garrison
With 'Like Water,' Wendy Found Her Biggest Cheerleaders In Her Red Velvet Bandmates
By Michele Mendez
Stay up to date