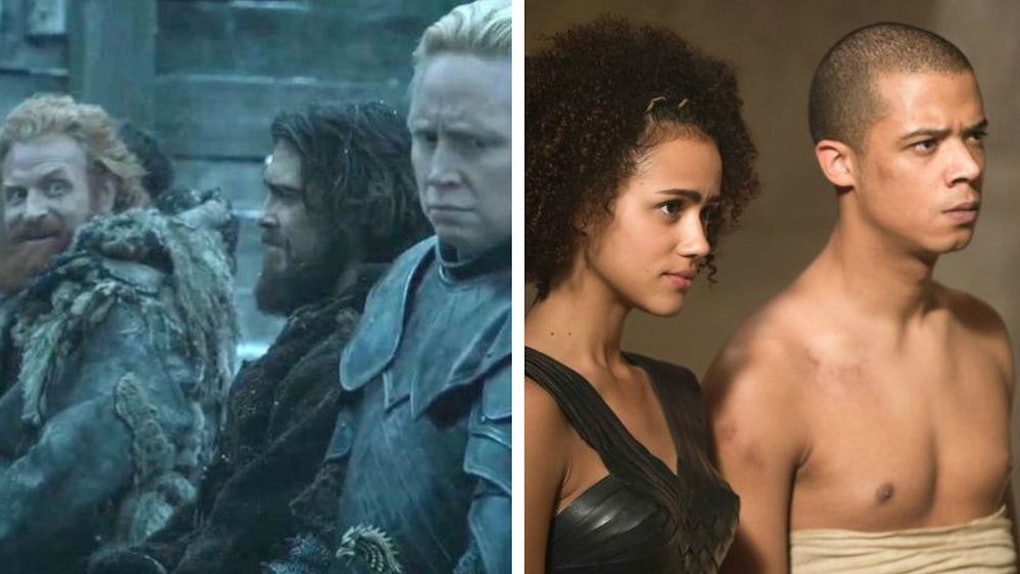 Will Brienne End Up With Tormund? 'Game Of Thrones' Fans Are Desperate For A Reunion

Game of Thrones is many things, but a love story isn't one of them. Romances are regularly harbingers of bad things to come. Some of these can be small scale, like Jon and Ygritte's doomed affair or Tommen's heartbreak after his mother kills Margaery. Many times, they can have disastrous consequences. Rhaegar and Lyanna fell in love, leading to 300 years of Targaryen rule being toppled. Robb Stark fell in love with Talisa, and his family was massacred for it. So it should perhaps be with some trepidation that fans ask will Brienne end up with Tormund? While a romance could spell doom for both, fans are hoping for one anyway.

Brienne has had a painful road when it comes to relationships. Her lack of traditional femininity made her a liability in her family's eyes, and her choice to follow non-traditional gender roles made her a societal outcast. She fell in love with the only person who was kind to her, Renly Baratheon. The fact he was gay wasn't important; it was the recognition of a fellow soul struggling with the box he was trapped in by virtue of his birth.

Since Renly's death in Season 2, Brienne has found herself in an off-kilter relationship with Jaime Lannister, with neither wanting to admit they are attracted to the other. It's not a union that would work in the long run anyhow.

Fans don't want short-term for Brienne. They are invested in seeing her succeed in a world stacked against her and find happiness. That's where Tormund comes in. A wildling from beyond the Wall, Tormund doesn't come from a world bound by such strict gender presentations. This is partly due to the environment, in the depths of the northern snows, there's no room for such luxuries.

Tormund also comes from a land where giants still roam the Earth, and giantess and half-giantess women exist. He's boasted about having sex with a female bear when drunk, for heaven sake.

The first time he lays eyes on Brienne, he doesn't see an ungainly woman who violates the social mores around her. He sees a woman built for survival, who could bear children in harsh environments, who could create a family with him full of children able to survive to adulthood. He appreciates her for exactly what and who she is.

Brienne is grossed out and slightly unnerved by his come-ons. However, that doesn't deter Tormund's crush on her, as he spoke of her delightedly to the Hound. But fans fervently pray she can get over herself and her internalized issues about herself to realize what a gift it is in Westeros to find a man who sees her this way.

The truth is, there's not much time left in the series for anything to happen, even if Tormund and Brienne survive to see each other again. Like so many stories in Westeros, theirs is a love that could have been, but perhaps it was best it never does, as the chances of either making it to the end is slim to none.